Indian architecture is known to incorporate the elements of its influencers and create unique alterations. The result is an evolving range of architectural creations that nonetheless retains a certain amount of continuity across the history of  Indian architecture. So, what to wait for? Let’s have a tour of India and its marvellous Indo-Islamic Architecture!

The medieval period proved to be the golden period for the field of architecture in India resulting in great developments. With the expansion of the Mughals in India, many new features, techniques and creative ideas followed to be introduced to the buildings. The birth of the Islamic style of Architecture that occurred in this period can be called Indo-Islamic Architecture. The Indo-Islamic style was neither strictly Islamic nor strictly Hindu instead carried the touch of both. It was, in fact, a combination of Islamic architectural elements to Indian architecture.

Some of the great Indo-Islamic architectural wonders include:

Building massive forts with battlespaces was a regular feature in medieval times, often symbolizing the seat of power of a king.

Directing heights were utilised to great advantage in the formation of forts. Another feature was the concentric circles of outer walls in Golconda, where the enemy had to break all barriers before getting in.

Some of the remarkable forts are the Fort of Chittor (Rajasthan), Gwalior (MP), Daulatabad-earlier Devgiri (Maharashtra), and Golconda (Hyderabad).

Another marvellous creation, the tower or the minar, is a common feature in the sub-continent.

The most breathtaking minars of medieval times are indeed the Qutub Minar in Delhi and Chand Minar at Daulatabad.

The everyday use of the minars was for the azaan or called to prayer, basically used for religious purposes. Its phenomenal height, however, was taken as a symbol to represent the strength and power of the ruler.

Monumental structures over the graves of rulers and royalty were a popular feature of medieval India.

Some well-known tombs of famous Emperors across India are those of Ghyasuddin Tughlaq, Humayun, Adur Rahim Khan-i-Khanan, Akbar, and Itmaduddaula.

Beginning with the introduction of Quranic verses on the walls, the tomb was subsequently placed with paradisiacal elements such as a garden or near a water body or both, as in the case of the Taj Mahal.

Example- The Taj Mahal, Agra and The Gol Gumbaz, Karnataka.

Sarais was largely built on a simple square or rectangular plan. Moreover, they were meant to provide temporary accommodation for Indian and foreign travellers, pilgrims, merchants, traders, etc.

They were public domains which were filled with people of varied cultural backgrounds.

This led to cross-cultural interaction, influence and syncretic tendencies in the cultural mores of the times and at the level of people.

One of the architectural features of medieval India was also combining different styles, techniques, and decorations in public and private spaces. These spaces were not only for non-royal sections but also for the common people of the society.

Islamic patrons, style and purposes produced Indo-Islamic architecture as the architecture of the Indian subcontinent. The designs and forms of large buildings that the Muslim elites needed, with mosques and tombs much the most common along with the others. Further, they were very different from those previously existing or built in India giving a new twist to the whole architectural community in India.

The World Representation of Indo-Islamic Architecture

To know much more interesting about art and Rooftop, join us on Instagram: @rooftop_app or download our app available for both iOS and Android devices. 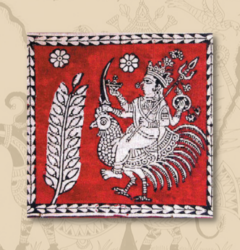 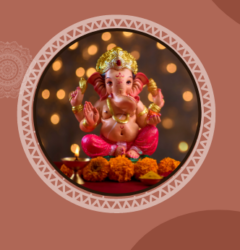 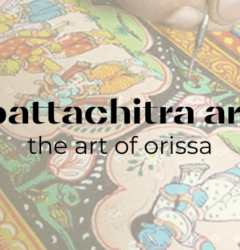