The Indian art form is a treasure which gets more valuable by passing time. Nature, households, festivals, communities and mythology are the main elements that inspire Indian art. These paintings give us a sneak peek into what life looked like back in ancient times. They are live shreds of evidence of historical India. We are curious to know the art forms that survived the generation. Rooftop has handpicked the top 5 Indian art forms that survived the generation.

Stay till the end to find out which Indian art form is still done with eco-friendly vegetable colours as it was done 3,500 years ago?

Tribal people of Maharashtra use the Warli art form to express their gratitude toward mother nature. The Warli tribe is one of the largest tribes situated outside of Mumbai. Though being near a metropolitan city, the tribe has refused the modern culture. This has helped them to preserve their essence in the form of Warli painting. The Tarpa is a popular Adivasi instrument, which is common in these paintings. The Adivasi Yuva Sena Sangh helped in registering Warli art at a certain geographical identity to preserve its intellectual property right.

Popular in the eastern state of India, Pattachitra has successfully survived the toll of time.  It is a cloth-based scroll painting on patta. The Pattachitra painting usually depicts mythological God and Goddesses, and it was given as a souvenir to pilgrims who visited the sacred city of Puri. Some characteristics of Pattachitra are the twist in the designs and colours. The Odia painters have successfully retained the technique to paint with natural colours. This has made Pattachitra one of the most authentic Indian art forms.

Check out more of these art forms that you can try yourself.

The Gond History goes 1400 years ago, the community has preserved the painting as a legacy of the Gond Tribe. They are traditional geometric patterns on the floors and walls of the house. The other pattern images of animals, plants and trees. This painting is the heritage of the Indian Gond Community. Honourable Prime Minister Mr Narendra Modi, gifted a traditional Gond Painting to the new Australian PM, signifying the grave importance of Indian tribal art.

Check out more about the Gond painting here.

A popular art during the Golconda Dynasty of Andhra Pradesh, Kalamkari means pen and craftsmanship. Kalamkari village originally invented it. It is an ancient style of hand painting done with a tamarind pen and natural dyes. Initially, kalamkari was a painting that solely depicted Hindu deities but with modernization, Kalamkari was revived as fabric art. The fashion industry recognized the gem Kalamkari is since then designers portray the Kalamkari saree on fashion runways.

From the reigns of Mithila King Janak, this lustrous painting is living evidence of the marriage of Lord Ram and Sita.  The art is full of geometric designs, symbolic cultural events, vivid colours, patterns and motifs. Nature and mythological events inspire it. Madhubani received official recognition through Sita Devi. She received the State award from the Bihar government in 1969 for the Madhubani painting.

The Indian art forms have lived a life of glory and their legacy is carried forward. Rooftop is doing that by bridging the gap between the world and Indian art. We conduct master courses, workshops and much more. We have another blog coming up for paintings that survived through time. 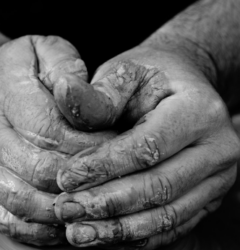 History Of Clay In Indian Artforms