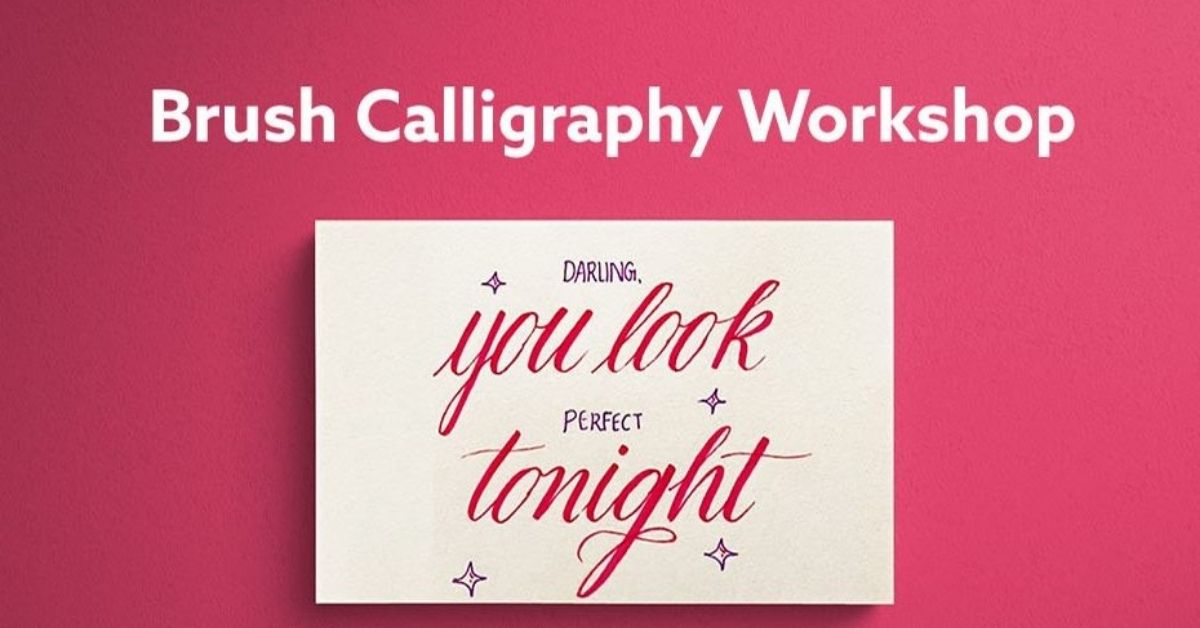 Brush calligraphy creates beautiful and decorative words that can be used to showcase mesmerizing handwriting. The art has been prominent for a long time and has various styles to write in. While it may seem simple to learn, there are many aspects that need to be perfected. To learn the process of calligraphy, The Rooftop Community conducted a Brush Calligraphy workshop with Amisha Sankhala.

Amisha has been in love with art and calligraphy ever since she remembers. And lockdown helped her get an up-close look at her passion. She started working professionally, taking commissioned artwork and teaching through workshops. After all that she has been through, she knows the immense amount of love art brings to her. She loves the fact that she can help others discover this art too.

Before Amisha began, she gave a brief about the theoretical terms used in the calligraphy style of art. She discussed some measures to be taken while writing including keeping the angle of the pen at 45 degrees, writing the words in a slant manner instead of straight, and finally making sure to write each letter at an equal distance. She also mentioned that she would share a worksheet for attendees to work on later, as this art needs consistent practice to excel.

Starting off with some basic strokes like the upstroke, overturns, loops and curves, she took her time explaining the steps as it helps form letters. According to her, slow writing for beginners would help them achieve better pen control. She also advised using the ‘thin up and thick down’ pen strokes, lifting the pen between every stroke and using small boxes of gaps between each letter. With this, she helped the participants form various letters and words.

Towards The End Of The Brush Calligraphy Workshop

Everyone followed through with the process and practised diligently. In the end, Amisha reviewed the artwork created by attendees and gave some tips to improve.