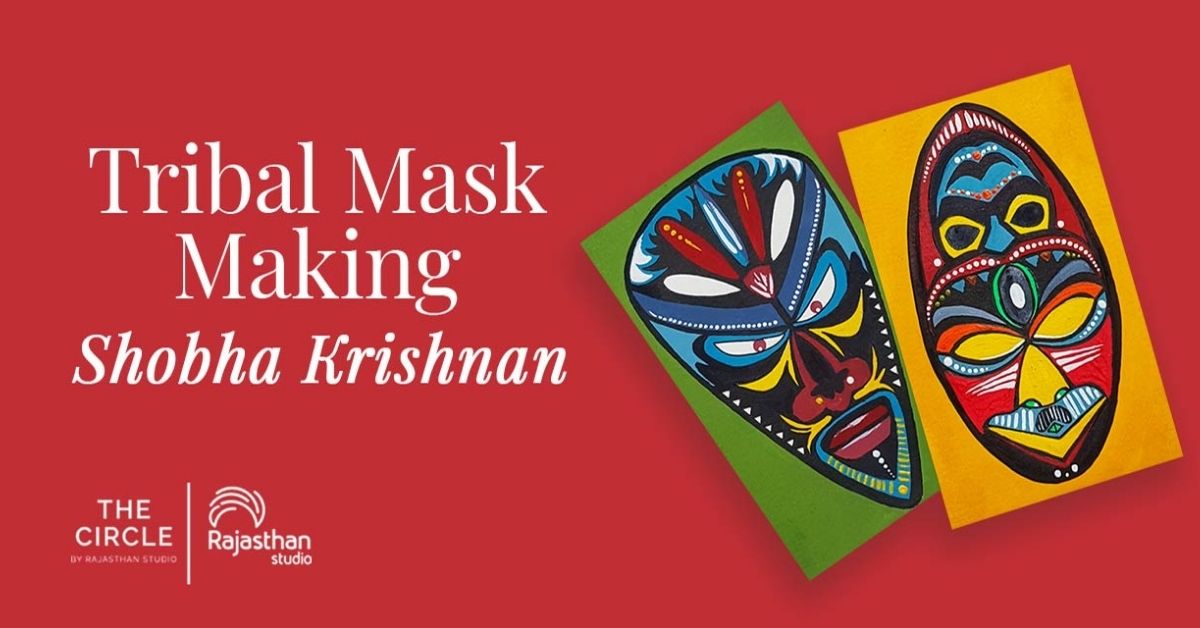 “Behind every mask, there is a face and behind that face, a story”. Masks have always been a very innate part of human society. As we delve back in time, we can find numerous cultures around the world that used masks as a religious symbol of something unknown and alienating but equally gripping to its core. In India, too, as we explore the depth of its existence, we can find the significance of masks at a lot of places, even the famous Nazar Battu! In order to make the Circle family more aware of this tribal art and to give them an experience like never before, TCC organized a workshop and invited artist Shobha Krishnan to conduct it.

Shobha is deeply in love with art and it is quite visible in her artworks and the affection with which they’ve been made. She is an aspiring CA and a vocalist and is also associated with Paintbee as a brand ambassador. She strives to create amazing artworks as well as aspires to be a great artist. We wish Shobha all the luck for her inspiring endeavors.

And The Session Began

The session started with a brief introduction of the artist that made the attendees connect with her easily. Shobha shed some light on the background of the art form and explained all the important points to be taken care of when performing the project. She also explained each and every step involved in the process in a very detailed way that made it easy for the attendees to grasp all the information. She also responded to the queries raised by the participants and tried her best to clear them all. Despite the time constraint, Shobha played a crucial role in maintaining total interaction with the attendees and ensured that every participant kept up with the pace of the session.

As the workshop progressed towards completion, attendees were filled with energy and were highly motivated, which was evident in the efforts they put into completing their artworks. They then showed their respective works to Shobha for feedback, who appreciated their efforts and congratulated them. The workshop was promising for both Shobha and the attendees as they were able to learn a lot of tips and points that made their knowledge about tribal masks deeper and clearer. The workshop ended with the attendees expressing their heartfelt gratitude and appreciation to Shobha and TCC.

The participants were from different countries and also from different parts of India. They belonged to various age groups but were united by their passion and affection for art. TCC, as always, was successful in its quest for curating superior learning experiences for the Circle family.

On that note, here’s us signing off until next time!