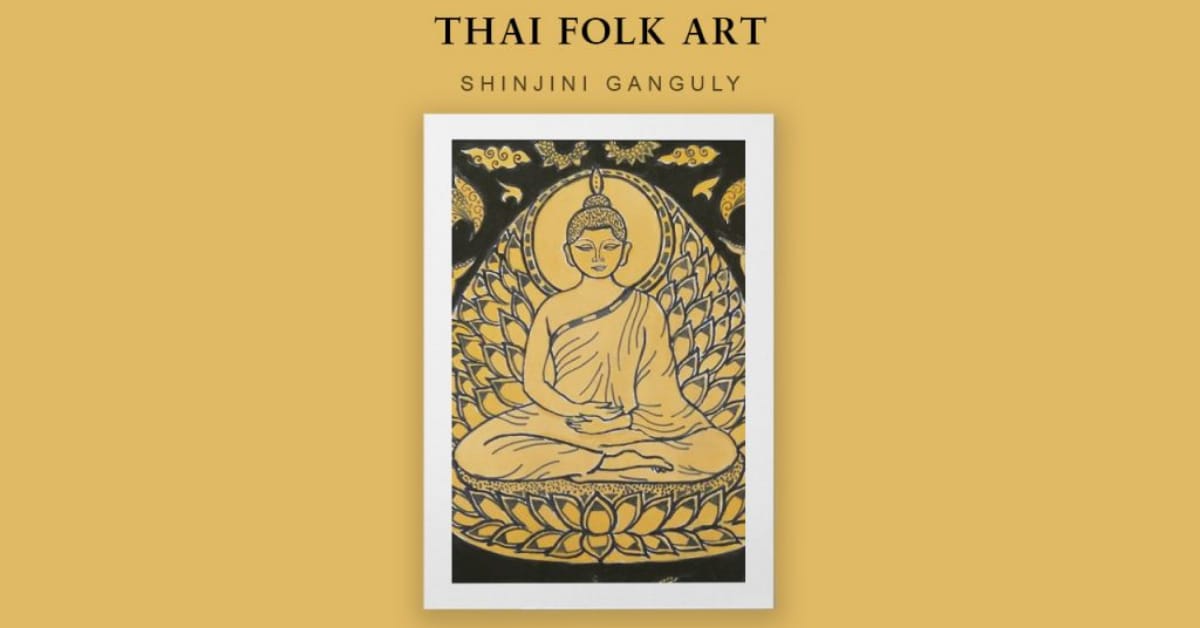 Thai art is primarily composed of Buddhist art and scenes from the Indian epics. Traditional Thai paintings usually consist of book illustrations and painted ornamentation of buildings such as palaces and temples. To give our Circle Members the experience to learn and enlighten themselves about this modern art form, Rajasthan Studio curated a Thai Folk Art Workshop and invited Shinjini Ganguly.

Shinjini Ganguly hails from Kolkata, she has been interested in painting since she was a child. She graduated from the Indian College of Arts and Draftsmanship with a Bachelor’s in Fine Arts. After graduation, she started working as a graphic designer and also organized exhibitions. Furthermore, she started teaching art at her home. Since then she has been teaching for five years along with working. Shinjini believes that Indian folk arts are very beautiful and they need exposure in the entire world. She wants to continue teaching various art forms under Indian Folk Art. And also wants to tell stories of Indian Mythology through her art.

The Thai Folk Art workshop began with a brief introduction to the artist. Shinjini then proceeded to show the artwork they were going to make that day. Moving on, she talked about Thai Folk Art while drawing the figure and instructing the attendees how to draw the figure.

Towards the end of Workshop

Shinjini used watercolour to paint the drawing and used the white colour to make the colour look opaque and also mentioned the brushes she was using. The workshop was very interactive and interesting. The attendees had some queries which were welcomed by Shinjini. The workshop ended with everyone showcasing their beautiful artworks.

The attendees were from different parts of the country. Also, they belonged to different age groups but their love for art brought them together on a single platform. Rajasthan studio as always was successful in connecting artists and curating a magical and positive vibe together.

On this note, we take your leave. See you next time!
Also, for more information on upcoming Circle Experiences, follow us on Instagram.