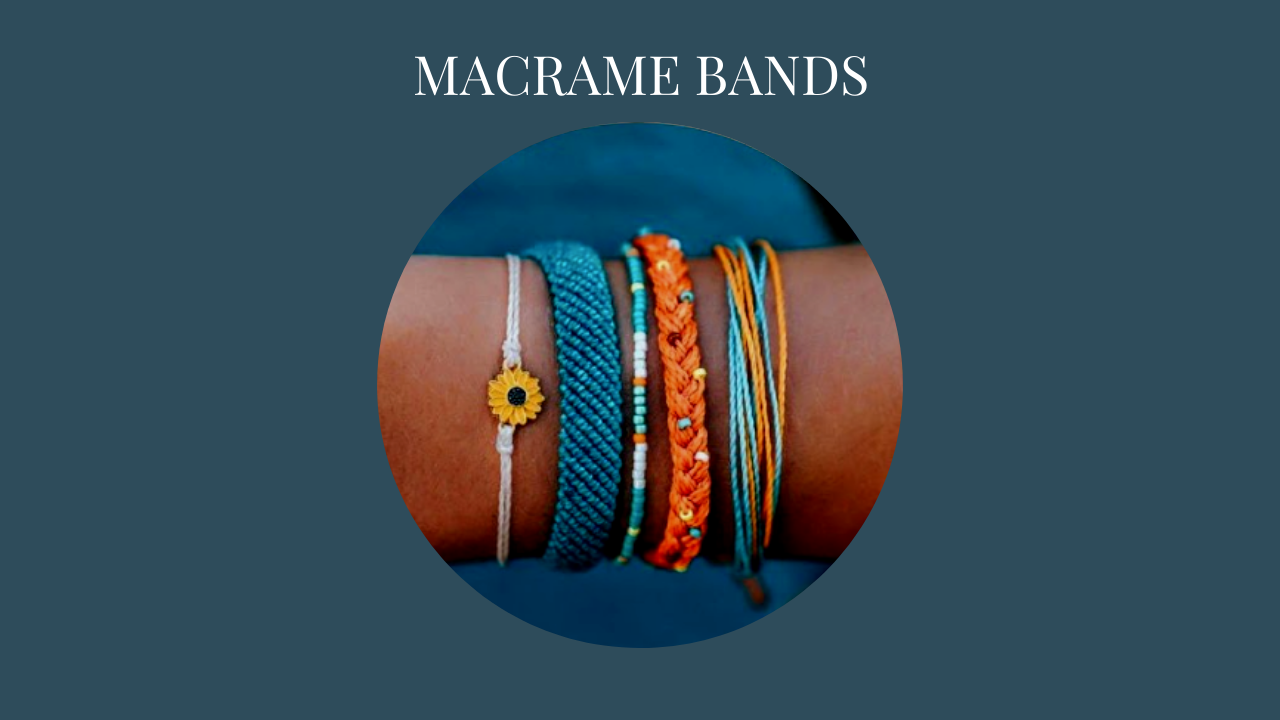 Handcrafted Macramé is like playing with knots. This was an accepted definition by Ritu Choudhary. It is an Arabic artform where they used it for stitching their blankets and wall hangings. Later, even Chinese started using it. Recently, the process has become modernised. Macramé uses different types of knots. This fun process is the art of handcrafted macramé.

Ritu Choudhary believes in sustainable living. So that is why she used no plastic beads. Unlike crochet, Macramé doesn’t use any tools. It only uses hands.

In India, a festival like Rakhi generates a lot of waste. Without any beads, making Rakhi bands and friendship bracelets is easy as Ritu showed. So began Ritu. First, she pasted her thread with a celotape. With her threads, she showed the participants the ways to tie them into Macramé. Her method of Macramé was very similar to doing braids. It was fun to watch and practice together with her, nonetheless! Little by little, Ritu progressed and even repeated wherever she felt necessary.

At the end of the workshop, all the participants created their own beautiful versions of Handcrafted Macramé bands and also added their own touch of creativity to it.