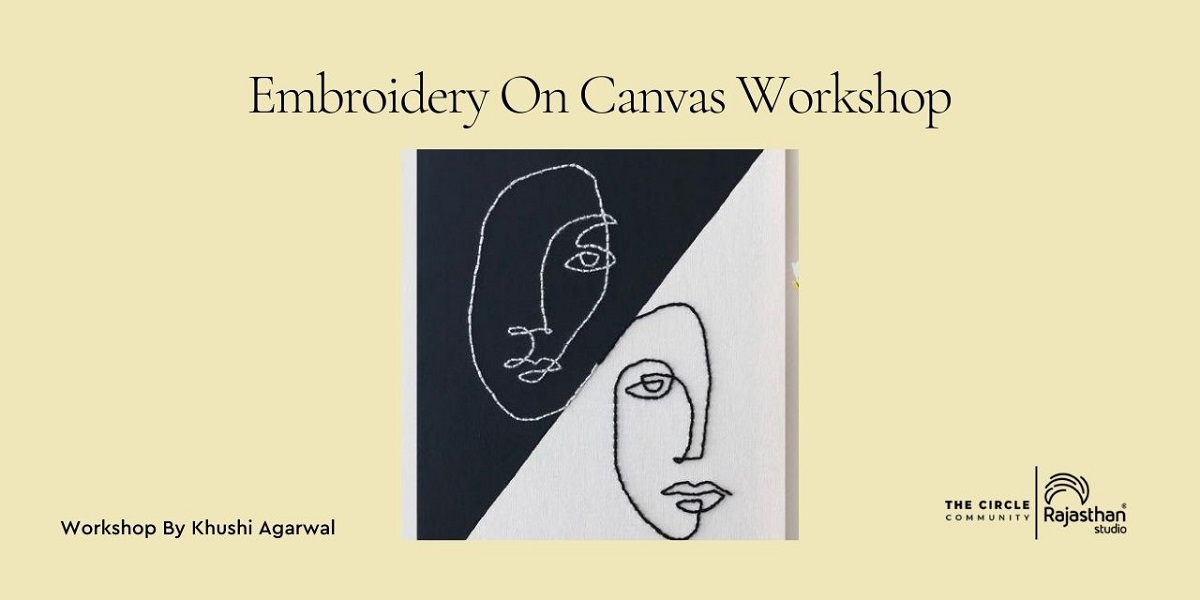 Embroidery on canvas  with Khushi Agarwal

Needlepoint type of embroidery is also known as canvas work until the early 19th century. In needlepoint the stitches are counted and worked with a needle over the threads, or mesh, of a canvas foundation. There are more than 150 canvas embroidery stitches, most of which are a  combination of the long stitch, covering more than one mesh, or intersection of threads, and the tent stitch, which covers only one. Since the 16th century the most commonly used stitches have been the tent (or continental) stitch, the vertically worked Florentine stitch also called flame, bargello, or Hungarian stitch, and the cross-stitch. In the 20th century the basket weave, or diagonal, stitch has achieved widespread popularity.

Khushi believes that she wants to constantly move forward, and see new change.  She believes that When we process new ideas we bring out all our senses together.

Khushi greeted all the participants and thanked the host for the lovely introduction.She had drawn a embroidery of a bird on the canvas painting it with pink, light blue, light purple. She then started embroidering on the canvas, it was creative and visually pretty, along with showing all her created art works.

Towards The End of The Workshop

Khushi created beautiful embroidery on a  canvas. She  made embroidery fun for all the participants.She showed all her artworks.All the attendees showed their co-created realistic embroidery on canvas The host thanked Khushi for teaching this traditional form of embroidery with a modern twist.