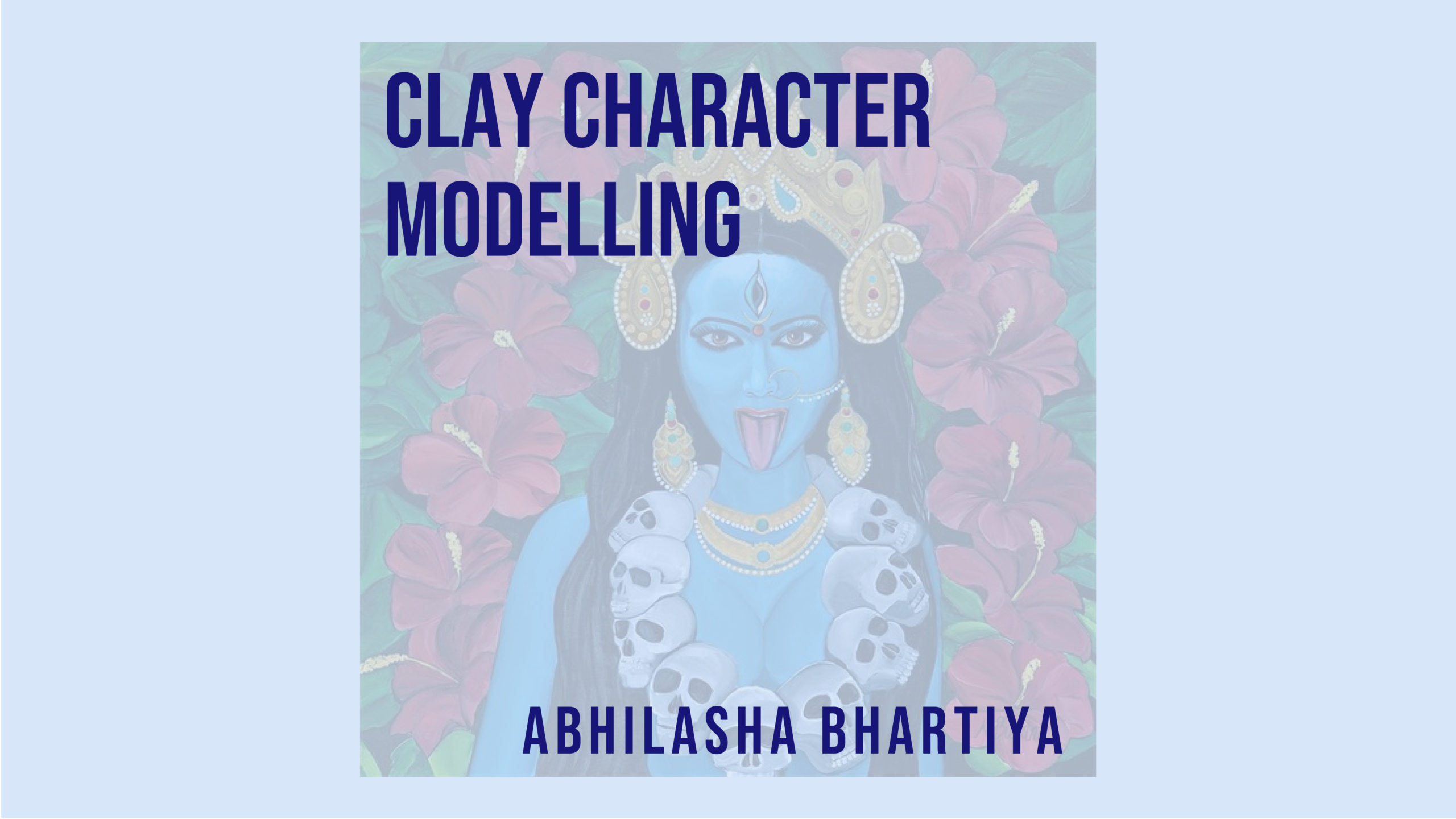 Clay Character Modelling Workshop: The fifth day of Navratri is devoted to Skandamata Devi and the colour of the day is blue which represents divine energy. To celebrate this, Rooftop curated a Navratri Special Clay Character Modelling Workshop and invited Abhilasha Bhartiya. She is an animator specialist in stop motion animation including clay animation, sand animation, mix media to name a few. She is also the creative director of Abhitoons animation creations and has 15 years of experience in the field of animation.

For this workshop, Abhilasha decided to create a miniature model of Maa Durga. She began the workshop by moulding the clay into a small oval shape which would be the head of Maa Durga and broad oval-shaped clay for the body. Blue being the colour theme of this workshop, Abhilasha used blue colour clay. She suggested all 21 participants to use non-dry oil-based clay which can be moulded and remoulded easily into any shape. Then, Abhilasha demonstrated an easy way to make four hands of Durga using clay. All members of the circle experience were awestruck with the ease at which she was working.

After she made the body and the limbs, she taught participants the process of making long flowy hair of the goddess, keeping in mind the small details such as hair length and curls. Adding this detail to the clay miniature, brought life to the figure of Maa Durga. Abhilasha suggested,

While making any module, it is important to study their features and characters to bring them to life

Towards the end of the workshop, she added more detailing to the figure like ornaments, garland and weapons. Keeping in mind the angry expressions of Durga, she had also added big black eyes and frowning eyebrows. The circle members, dressed in beautiful blue traditional outfits, were impressed by Abhilasha’s skill and were happy to celebrate Navratri the artistic way with Rooftop.