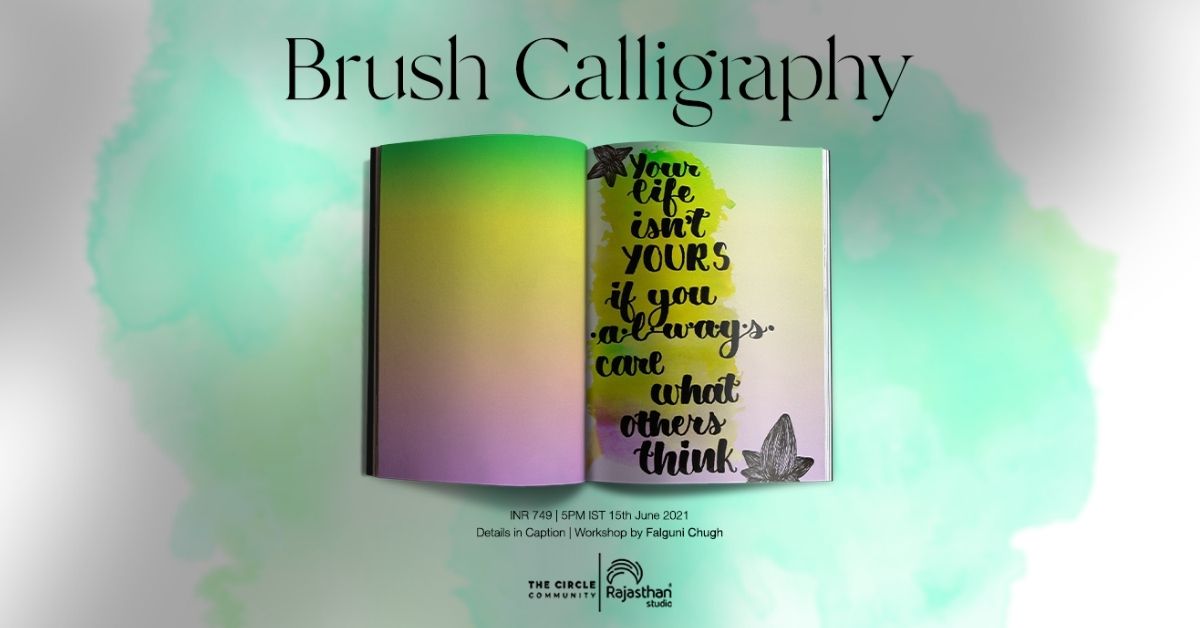 The origin of calligraphy dates back to the period of 206 BCE-220 BCE during the reign of Shang Dynasty. It became more prevalent during the rule of the Han Dynasty. Post World War II, an avante-garde calligraphy developed in Japan while in the parallel universe USA was more focused on the expression of creative freedom. In the 20th century calligraphy again picked up pace in Arabia due to de-colonisation.

With difficulties faced by using fountain pen and non-availability of ink and parts of fountain pen, there was a need to have an easy going and neat writing tool to carry the legacy of calligraphy. Brush pen was the solution. Brush pens started trending due to many art tutorials on social media platforms.

Falguni has been passionate about art since her childhood. She has experimented with various art forms. She found the process of beautifying letters unique.

Falguni began demonstrating the basic stroking techniques of brush pen calligraphy. The basic 8 strokes included – upstrokes, downstrokes, compound stroke, oval stroke, overturn, underturn and ascending and descending loops. She further illustrated the use of strokes to create alphabets. Lastly, she explained how to make a background for decorating the calligraphy.

Falguni showed her other works to the attendees. The quotes gave really positive vibes. All the attendees were happy as they co-created and grasped the concept well. She gave an extra tip to texture the letters using chalk. The workshop ended on a positive note.