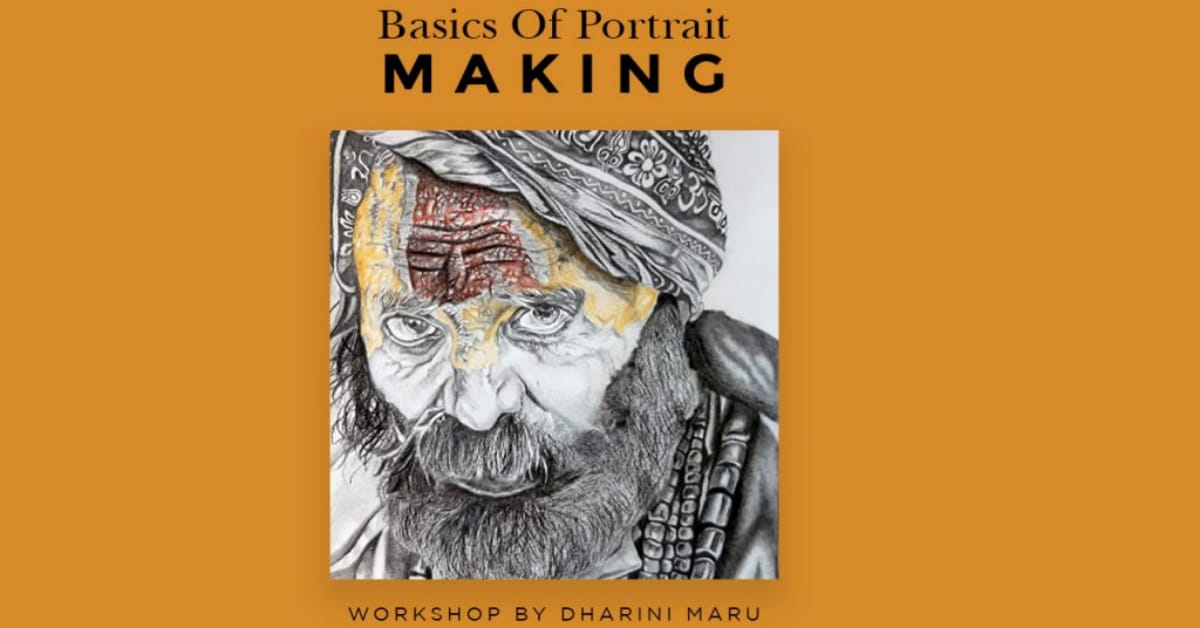 A portrait painting is where a person’s face and its expression is predominant. It tries to represent the mood , personality and likeness of the person. In a portrait the person looks directly at the painter so that the subject is successfully engaged with the viewer. To give our Circle Members the experience to learn and enlighten themselves about this traditional art form, Rajasthan Studio curated a special workshop and invited Dharini Maru .

Dharini Maru has had her connection with art from the age of 15. She ventured into it by herself. It was only before giving the entrance exam that she started taking classes to achieve the finesse that was required to perfect the art that she was trying to show the world . And now she is a final year student in Amity University,  Kolkata.

The workshop began with Dharini telling the attendees about the rough sketch she had made and kept so that it would be easy for them to know the details. She was very explanatory about each line she was making ,she told them why is it done and how it would change the meaning to the sketch if not done properly. As she had already made an outline of a human face she showed the attendees like how easily with lines they could change the portrait. She even told that as each human has a different face structure just using lines how they could make it the way they want it to be. The entire portrait revolves around the lines made on the rough side of the portrait. Each part of the face was made in divisions. She first finished with the main parts of a portrait like the outlines. And then began showing the attendees individual sketches of the  eyes, the nose and the lips part of the portrait. She even had a look at the attendees work in the middle of the workshop to give them some tips to improve it. She gradually explained them step by step sketching of the remaining parts. Showed a glimpse about how they could make a side portrait with the same steps.

Towards the end of the workshop she had a look at all the attendees’ artwork and was very happy looking at their work. She gave them some tips of how they could make it look more realistic.

The attendees were from different parts of the country. Also, they belonged to different age groups but their love for art brought them together on a single platform. Rajasthan studio as always was successful in connecting artists and curating a magical and positive vibe together.