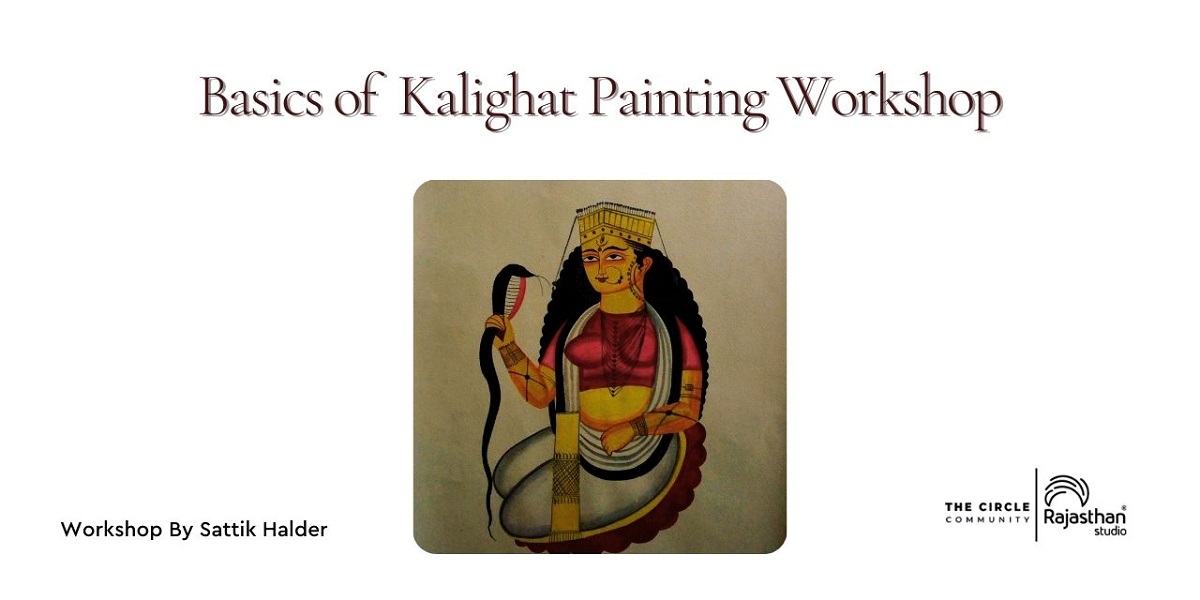 India is a diversified nation that has a rich cultural and traditional presence. It’s home to a variety of art forms, music, dance, and other entertainment elements. The traditional art forms of India hold a global representation. They are widely celebrated by creative minds exploring vibrant art forms. One such is the Kalighat Painting.

The art form originated in the 19th century in Bengal. The art form is popular for its bright colours and bold borders. For ages, the art form has been present and extensively used to represent Gods, mythological characters, everyday life happenings, and more. Rooftop, through the Basics of Kalighat Painting Workshop with Sattik Halder, is allowing creative minds to dig details on the art form in order to learn and master it. So if you’re a keen learner of Indian art then continue to scroll to check how unique the store is for you.

Sattik Halder is a freelance painter and an Indian classical art specialist professional. He also holds a great interest in learning and exploring various art forms. He receives his motivation from ancient sculptures and Sanskrit verses.

The workshop began with great excitement and hope. The participants were excited to learn one of the most vibrant art forms of the era. It began with the host making a special introduction about the mentor, Sattik Halder, and his expertise on the subject throughout the years.

On successful introduction, Sattik took over the session. He began by discussing the details of Kalighat Painting and its associated aspects. He then began to enact a concept for attendees to better understand and analyze the art form. Sattik ensured to keep the attendees in a well-informed loop that helped them curate and alter their best.

Under the guidance and supervision of Sattik Halder, a beautiful cat-eating fish image was enacted. The attendees co-created the pieces too and in the end, received an opportunity to showcase them as well. These attendees were of different age groups and responsibly dedicated to learning and exploring new elements.