Warli and Saura Paintings: Differences, Similarities, and Everything in Between

The paintings of Warli and Saura may initially appear to be identical to the untrained eye. However, these two art forms have unique backgrounds and subtle variations. We at Rooftop will help you dive deeper into the world of traditional Indian tribal art. So, keep scrolling to read more about Warli and Saura’s paintings!

A Brief Introduction to Warli and Saura Paintings

It is quite common to mistake Saura art for its so-called twin, Warli art. After all, both art forms are tribal pictographs that depict human figures with triangular bodies and stick-like arms and legs.

‘Warli’ derives from the word ‘Warla’, signifying a piece of land. This art form originates from the tribes of the North Sahyadri Range of Maharashtra in India. Warli art is renowned for its elegant and delicate works made primarily of white geometric shapes like dots, lines, triangles, and circles. Until the 1970s, it was considered ritualistic art and was used on the interior walls of homes. This art was created to celebrate weddings within the community. Traditionally, the majority of these paintings were created only by the married ladies and young girls of their community.

Saura art, on the other hand, comes from the Saura tribe in Orissa. The community’s religious customs are deeply rooted in this creative style. The colours used in these paintings are white and red, which are derived from rice and red earth respectively. The Saura artworks include intricate wall murals and ‘ikons’ that feature the tribe’s god, the ‘Idital’ or ‘Edital’. The purpose behind these paintings is to please and appease the gods to protect their families from damage and illness. These paintings are also called ‘Italons’ or ‘Ikons’ or ‘Ekons’. They are painted to ensure a fruitful harvest or a painless delivery during childbirth.

The Warli paintings have always represented nature and everyday activities of the people’s lives. This differs from the Saura paintings which had only religious themes and purposes.

These art forms have transformed with changing times to incorporate contemporary motifs to showcase various social acts practised by the communities. Modern-day Warli and Saura art includes icons like buses, cars, and even television! Artists of both of these art forms now use acrylic paint instead of rice paste for white paint. However, some people continue to use bamboo sticks as paintbrushes. Although the artists have adapted to modern-day techniques to commercialize their practice, their intent is still rooted in tradition. 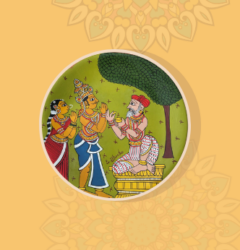 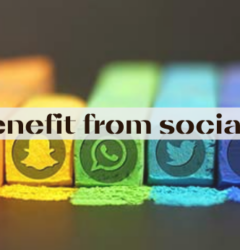 The Era Of Social Media And Art 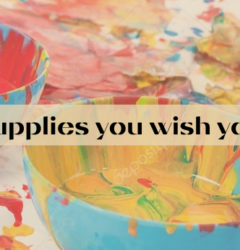