Ganesh Chaturthi, a 10-day celebration. This holds a very special place in all our hearts that marks the birth of the favourite Bappa. It is that time of the year when the streets reverberate with the sound of dhols. It chants “Ganapati Bappa Morya” while the aroma of fresh flowers and incense sticks fills the air.

Rooftop takes you to know more about this festival and the importance of Ganapati in Indian art & culture.

As a celebration commemorating Lord Ganesha’s birth, Ganesh Chaturthi is celebrated. In relation to the origin of his birth, there are two stories.

The goddess Parvati created Ganesha in the absence of Shiva using her sandalwood paste. Following this, she asked him to guard the door. The two had a fight when Ganesha refused to let Shiva in. Furious Shiva severed Ganesha’s head. To appease heartbroken Parvati, Shiva brought Ganesha back alive, adorned with an elephant head.

According to the unpopular second version, Ganesha was created consciously by Shiva and Parvati, according to an order from higher heavenly beings. It was Ganesha’s purpose to block demonic entities from entering the world.

Every year Ganesh Chaturthi is celebrated between August 22 – September 20. Ganapati is regarded as the Lord of Beginnings and Remover of Obstacles across the country. But it is believed that the first celebration took place during the reign of Satvahana, Rashtrakuta, and the Chalukya dynasty. It was between 271 B.C. and 1190 A.D.

At present, Lord Ganesha’s idol is worshipped with devotion and love for ten days during the festival. It is believed that Ganesha returns to his parents on Mount Kailash on the 10th-day post Visarjan when the festivities conclude.

Importance Of Lord Ganesha In Indian Culture And Art

Artists and craftsmen have long considered Ganapati to be the subject of many of their artworks, deeply rooted in Indian culture and present in many households. Lord Ganesha became a symbol of wisdom, luck, happiness, and sovereignty in every household.

He is regarded as a revered deity of Hindus and is a popular gift option among the members of the Hindu community. Hindus often gift Ganesha paintings and idols to mark the inauguration of a new office or the auspicious ceremony of ‘Griha Pravesh’ of a newly constructed house.

There is, however, an unexplored aspect of Ganesha that very few of us are aware of. There has always been an influence of Ganesha on Indian culture, and artists have been inspired to portray his life in their work.

Ganapati has become every artist’s delight. They claim that they can play with his form. A new form of Ganesha can be acquired with a single stroke. That is what makes this deity so fascinating. Whether one is painting abstracts, digitally, or with materials, Bappa’s form is versatile that appeals to all artists.

Kerala Mural, Tanjore painting, Tribal art, Paatachitra, Warli art, Kaavi art, to name a few; are some art forms depicting the eternal bond between Ganapati and Indian art. Nowadays, Ganesha paintings are designed in a manner that fits both traditional and contemporary décor.

In summary, the importance of Ganapati in Indian art and culture. It is as if his idols and paintings are like treasure chests filled with gems of happiness and pearls of wisdom. 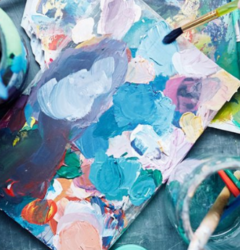 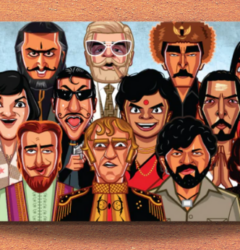 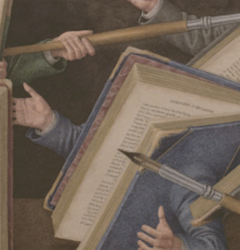