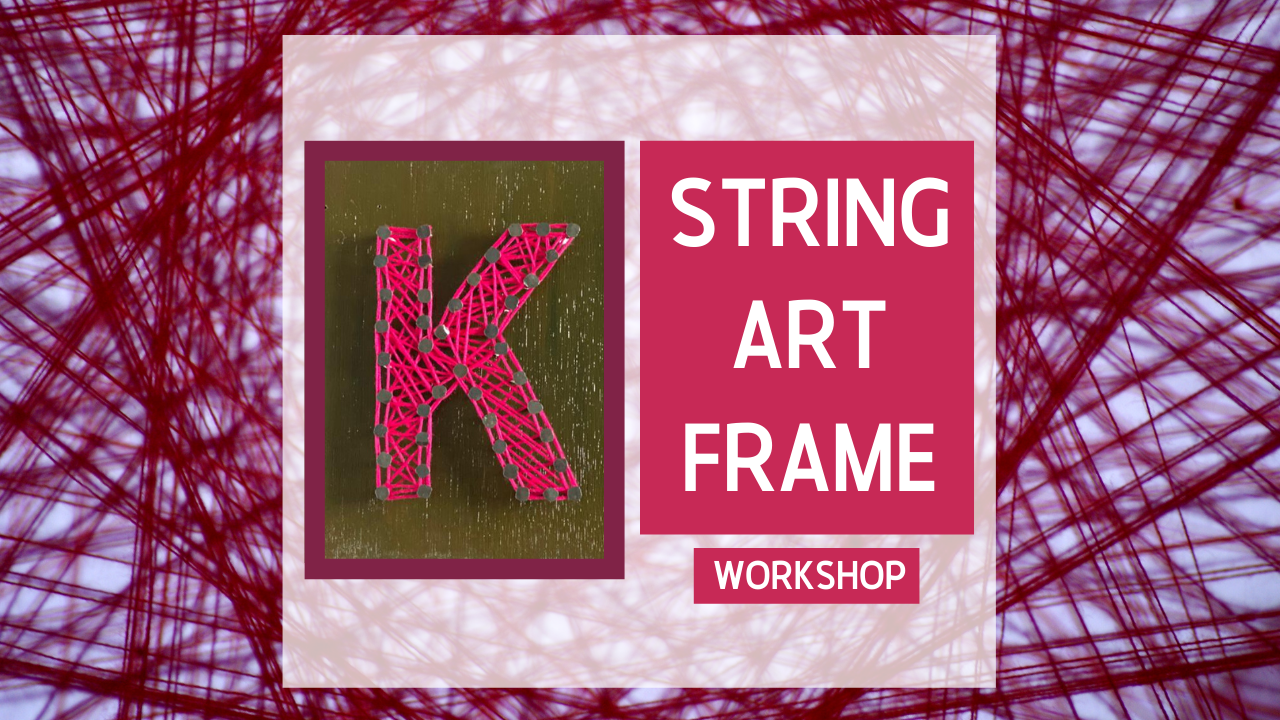 String Frame Art Workshop: String Art or Thread art like it is commonly known, is an arrangement of coloured thread strung between points to form geometric or irregular shapes. To explore this horizon of art, Rajasthan Studio curated a String Art Frame Workshop and invited Juhi Shah. She has specializations in string art, papercraft and decoupage. Turning her passion for Art into Business, she practices handmade and corporate gifting.

Juhi initiated the experience by showing some of her string art frames and briefing about the materials needed. She began by explaining how to draw the desired shape perfectly on the wooden plank. All the enthusiastic 25  attendees worked alongside. Juhi demonstrated how to hammer the nails onto the wooden plank on the shape and also shared some useful safety measures as precautions.

After the nails were put, Juhi began to thread the nails. Taking a woollen thread she began by tying a knot to one nail and continued to wrap the thread around the other nails in a pattern. The curious participants had various questions regarding the nails and how to source them as well as the kind of thread which can be used. Juhi answered all their queries quite promptly while still wrapping the thread around the nails.

At the end of the workshop, Juhi showed some of her intricate string frame artwork to the participants  who praised her work. Some of the participants also displayed their string art frame to Juhi and left her impressed. Juhi gave them suggestions and praised their work.

The attendees were from different parts of the country and belonged to different age groups but their love for art brought them together on a single platform.

Rajasthan studio as always was successful in connecting artists and curating a magical and positive vibe together.

On this note, here’s us signing off until next time.