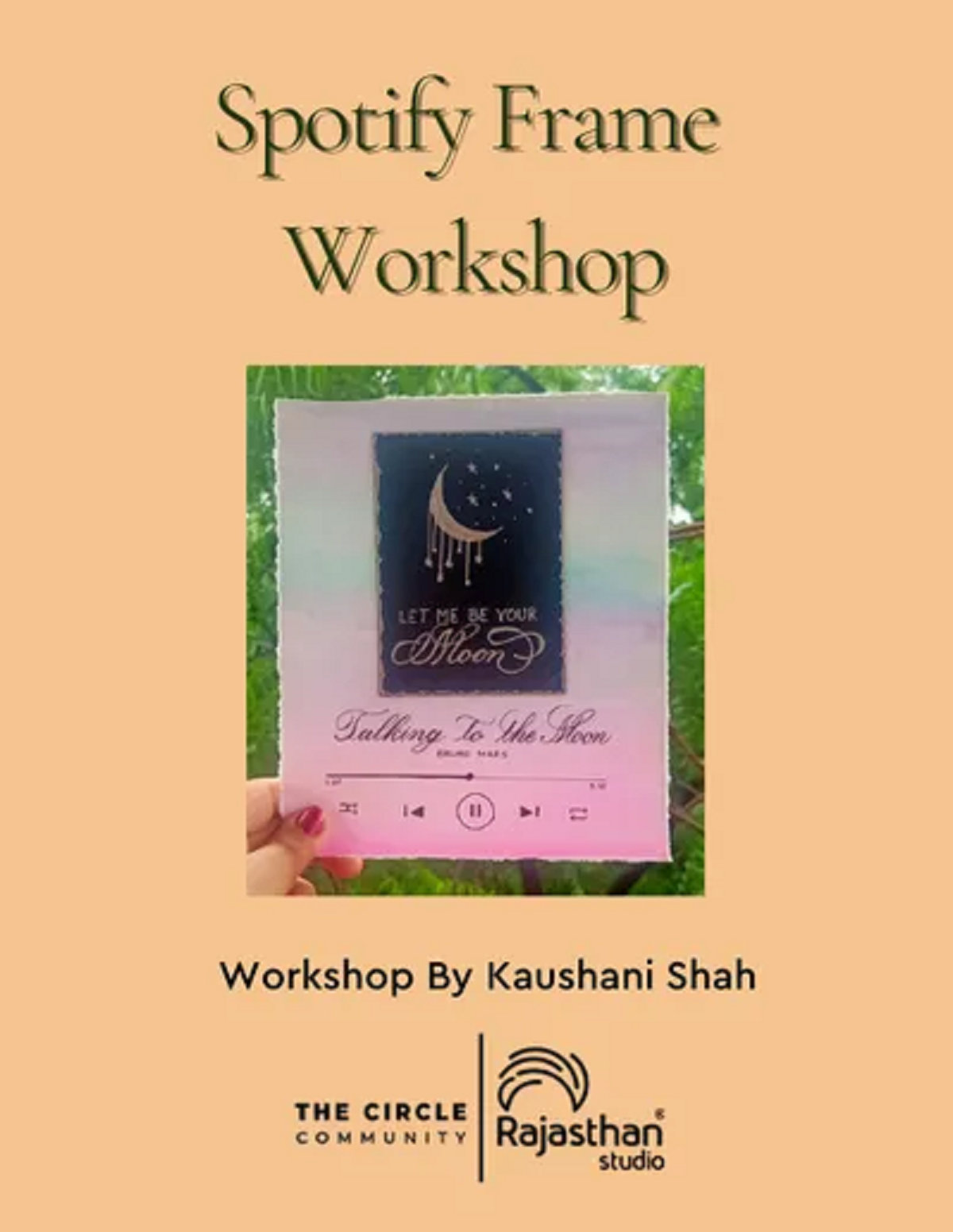 Spotifying is a Swedish audio streaming and media services provider founded on 23 April 2006 by Daniel Ek and Martin Lorentzon. It is the world’s largest music streaming service provider, with over 381 million monthly active users. Spotify provides digital copyright restricted recorded music and podcasts, including more than 70 million songs, from record labels and media companies. Spotify is available in most of Europe and the Americas, Oceania, and more than 40 countries in Africa as of July 2021 (including South Africa and Mauritius) and Asia. By the end of 2021, Spotify is expected to operate in a total of 178 countries.

Kaushani is a Charted Account by profession and is from Ahmedabad. She started her journey in calligraphy in January 2020 and during lockdown she learnt different styles of calligraphy and dreams of having her own calligraphy studio.

Kaushani greeted all the attendees and thanked the host for the lovely introduction. She first drew the icons such as the shuffle, repeat, rewind and forward. She continued colouring her canvas with light blue,pink and white and taught the font size for the title of a song with calligraphy. Shah then continued to outline it with a black outliner and wrote the name of the song and concluded the workshop by showing her other spotify videos.