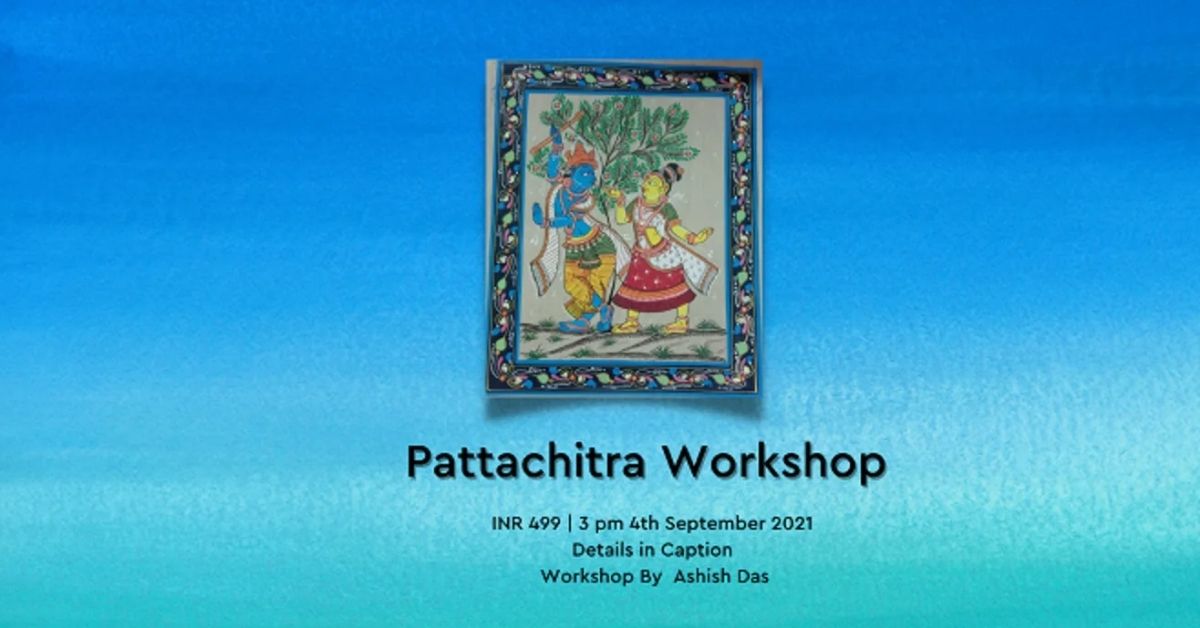 Pattachitra is predominantly icon painting. Some of the popular themes of this religious art are The Badhia (a depiction of the temple of Jagannath) Krishna Lila (an enactment of Jagannath as Lord Krishna displaying his powers as a child) Dasabatara Patti (the ten incarnations of Lord Vishnu) and Panchamukhi (a depiction of Lord Ganesh as a five-headed deity). Every year during Debasnana Purnima in Puri Jagannath Temple, the deities are believed to take a bath with 108 pots of cold water to fight the heat of summer. The deities fall sick for a period of 15 days known as ‘Anasara.’ Because of the deities’ absence from public view, some of the finest Chitrakars are gathered to make three Pattachita paintings of the three deities namely Lord Jagannath, Goddess Subhadra, and Lord Balabhadra for the public to pay respect. These paintings are called Anasar Patti.

Ashish greeted all the participants and thanked the host for the introduction. He first started sketching the woman holding a lotus flower on the canvas along with the man. He continued to paint the woman with yellow for her skin, the outfit blue, pink and grey, orange and red. He concluded the painting by outlining the sketch with black colour.

Ashish made a Pattachitra of a Goddess in blue, grey and various colours. All the participants showed their co-created Pattachitra painting and appreciated them. The host thanked Pattachitra for this artistic workshop.