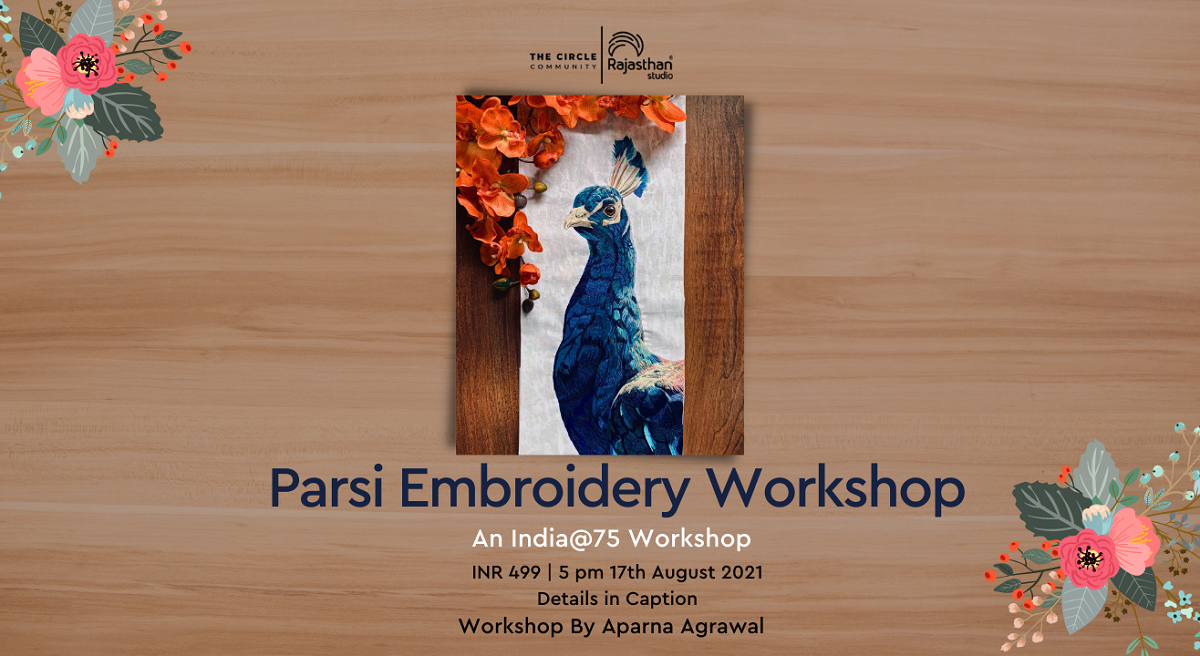 Parsi embroidery is a unique part of India’s diverse textile heritage. This unique artistic tradition has its roots in Iran during the Bronze Age but with time it has drawn influences from European, Chinese, Persian and Indian culture. The Parsi Gara enjoyed its golden period between 1910 and the 1930s. Some of the most popular embroideries were the Chinese phoenix and the cranes. Fish was another popular motif. Fabrics also sported designs such as ornamental flowers and even Chinese sceneries. The Parsi Gara had an absolute influence on the way Bengali women wore the sari. Jnanadanandini Devi of Kolkata’s famous Jorasanko Tagore family is credited with a sartorial revolution, way back in the 19th century. The wife of Satyendranath Tagore (the first Indian ICS and elder brother of poet Rabindranath Tagore), she adopted and adapted the style of wearing the Parsi Gara saree.

Aparna is from Indore and is 25 years old and has a bachelors degree in fashion in NIFT. She is a self-taught artist and developed an interest in embroidery during her fashion designing course.

Aparna greeted all the participants and thanked the host for the lovely introduction. She first started teaching backstitch stitching, chain stitching, stem stitching, satin stitch. Shen then continued to teach fly stitch, woven wheel, lazy daisy and french knots. All the stitches were sewed in a crimson red colour thread. She concluded the embroidery and made it fun and interesting for all those who like embroidery.