The ‘Shahenshahi‘ calendar creator Jamshed saved the world from winter which was destined to be an apocalypse that would have killed everyone. To honor his legend, the festival of ‘Navroz’ is celebrated. Traditionally, the name has its variations, Jamshed-I-Navroz or Jamshed-I-Nowroz. This is a festivity shared not only by Zoroastrians but also regionally by Persians and Pakistanis. The Parsi community is a prosperous community in India that has given us Parsi embroidery.

Indian textiles, known for their quality and artistry, represent the history of all cultures and traditions. This unique artistic tradition originated in the Bronze Age of Iran but has been influenced by European, Chinese, Persian, and Indian cultures over time. Parsi ‘Gara‘ embroidery is in beautiful shades of pastels, pale white, and many other colours. Magnificently adorned with delicate stitching and craftsmanship.

Parsi embroidery is truly an intercultural art form, which has descended from Achaemenian times in an everlasting heritage. This has resulted in a distinctive style that blends nature’s creations, birds, real and exotic, flowers, plant life, and animals with elements of mythology. The delicate composition that Parsi embroidery represents and its pictorial, smooth-flowing texture have made it famous. These motifs are skillfully embroidered on the kors, garas, jhablas and ijars.

Parsi embroidery is famous for its pictorial, smooth-flowing texture and the delicate composition that it represents. It portrays the style and elegance of the Parsi culture. It takes months to complete one embroidery due to its tedious and time-consuming stitching.

The ‘Khaka Stitch‘ one of the Parsi embroidery, is a fine stitch that needs rigorous needlework and often leads to the loss of eyesight of the embroiderer, hence, this is also known as the ‘forbidden stitch.’ The saree has embroidery on all four sides. These clothes are made with many colourful threads and are quite expensive due to the artwork of this embroidery.

Parsi women’s creations demonstrated their preference for motifs such as the rooster and fish, which have significance in Zoroastrian tradition, as opposed to dragons and snakes, which are popular in Chinese tradition.

Surat’s Parsi weavers pioneered three of India’s traditional crafts: the ‘Surti Ghat‘, the ‘Tanchoi‘, and the ‘Garo’. The ‘Surti Ghat‘ was made of handwoven silk that was extremely strong in comparison to the Surat Ghat or Mountains. This is how it got the name. The ‘Tanchoi‘ and ‘Sali Garo‘ were originally Chinese crafts, and the ‘Tanchoi’ were named after the three (Tan) Parsi Joshi brothers from China (Choi). Three Parsi Jokhi brothers founded the famous ‘Tanchois‘ of Surat (and later Benares) (tan -Choi). They learned the method in China and brought it back to India. Mahatama Gandhi personally visited the Joshi family and invited him to organize the ‘Tanchoi‘ Centres after independence. They are now found all over India.

There have been numerous attempts to modernize Parsi embroidery by making the style more contemporary, and by adding new products like bags, scarves, cushion covers, dupattas, and dress materials. A lot of young fashion designers are coming up with stylish alternatives, to give a new look to traditional ‘Gara’ embroidery. 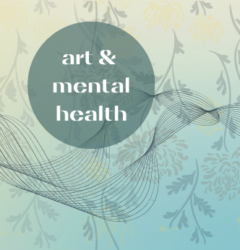 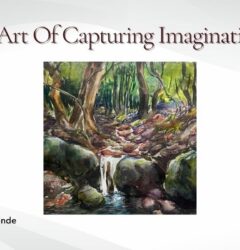