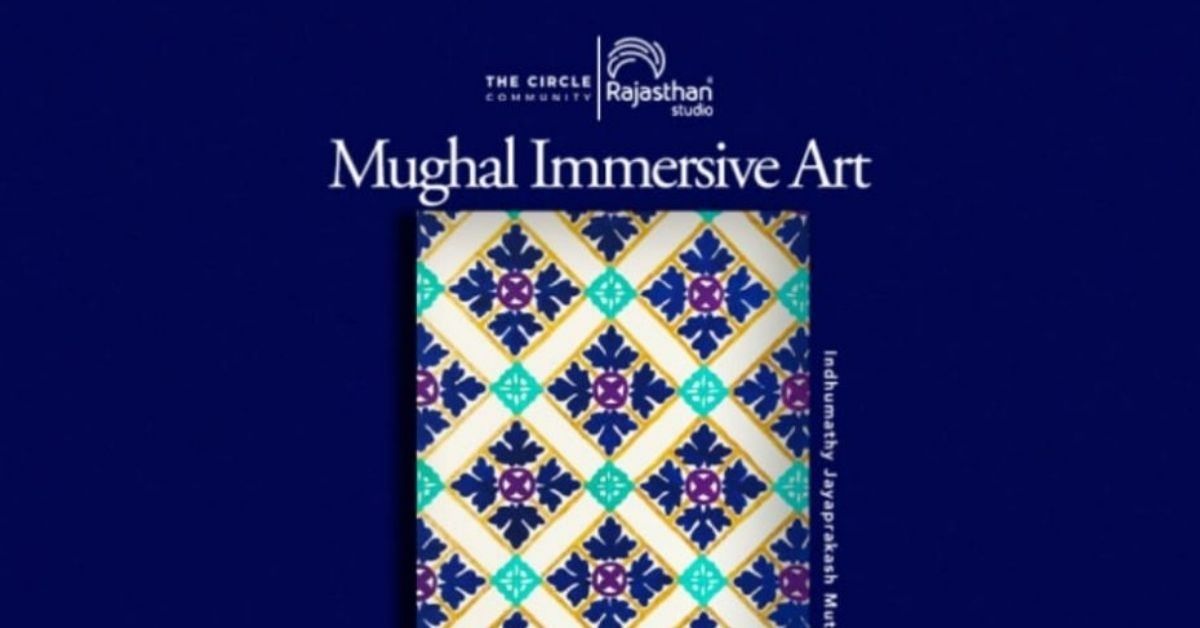 To explore this ancient yet cultural art form, The Circle Community conducted an interactive workshop with Indhumathy Jayprakash Muthu.

Indumathy is a NIFT graduate and has been working in the fashion industry for over 5 years. She moved to Australia and explored various kinds of paintings such as watercolour and acrylic and has been trying her hands at different Indian art forms such as Madhubani, Kalamkari, Konda etc.

Indumathy shared the history of Mughal art as it started during Humayun‘s rule. She advised on the kinds of colours one can use for the painting and sketching the motif. She was patient with the attendees and answered their questions in great detail. She later started colouring the motif with a shade of purple and orange and showed one of her previous artworks.

As the workshop progressed towards its end, the attendees were happy to have learnt about such a unique art form. They showcased their own artwork to Indumathy, who appreciated their patience, commitment and hard work.

The attendees were from different parts of the country and belonged to various age groups but were united by their passion and love for art that eventually led them to one platform. TCC, as always, was triumphant in bringing artists together and celebrating the one common passion for art by curating a great virtual experience and memories to be cherished for a long time.