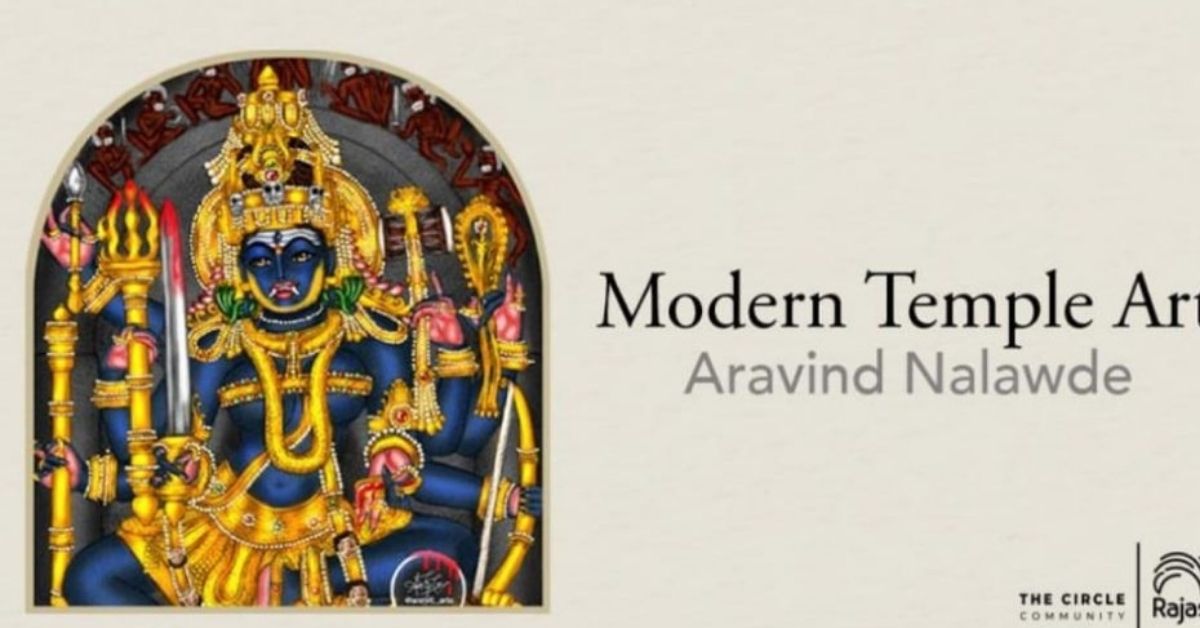 Modern Temple art is an explicit drawing of gods and goddesses with a modern style. Digitally drawn, these illustrations have an immense amount of detailing and elements that contribute to the larger story. To discover more about this art form, Rooftop conducted a workshop with Aravind Nalawade.

Aravind began his art journey at a very young age. His first inspirations to draw were gods and goddesses printed on the calendar. He is fond of mythology, and along with this, animation also fascinated him he is which made him discover his love for sketching comics. So, he had an idea to combine the two of his favourite styles and that’s when he discovered Modern Temple Art.

Modern Temple art is a unique idea itself and unknown to many. To show how this modern twist works with creating deities, Aravind displayed some of his own works. He discussed the important parts that constitute this art.

Every single god drawn by him is unique in its own way.

There is a lot of research that goes into creating this artwork. Various designs depict the stories with the help of various designs in the drawing. He told how working in digital art, there are many layers. Involved and it makes it easier to edit such complicated sketches. Aravind drew some basic jewellery and weapons like the Sudarshan Chakra and gave it details like stars or chain pearl droppings. He displayed the methods of idols are drawn based on the cultural significance of the region.

Aravind encouraged the attendees to draw some figures and learn the basics of Modern Temple Art. He also told how this is easily drawn on digital apps. It has been proven to be more economical that way. Everyone was amazed to learn a modern twist so much about creating religious illustrations.