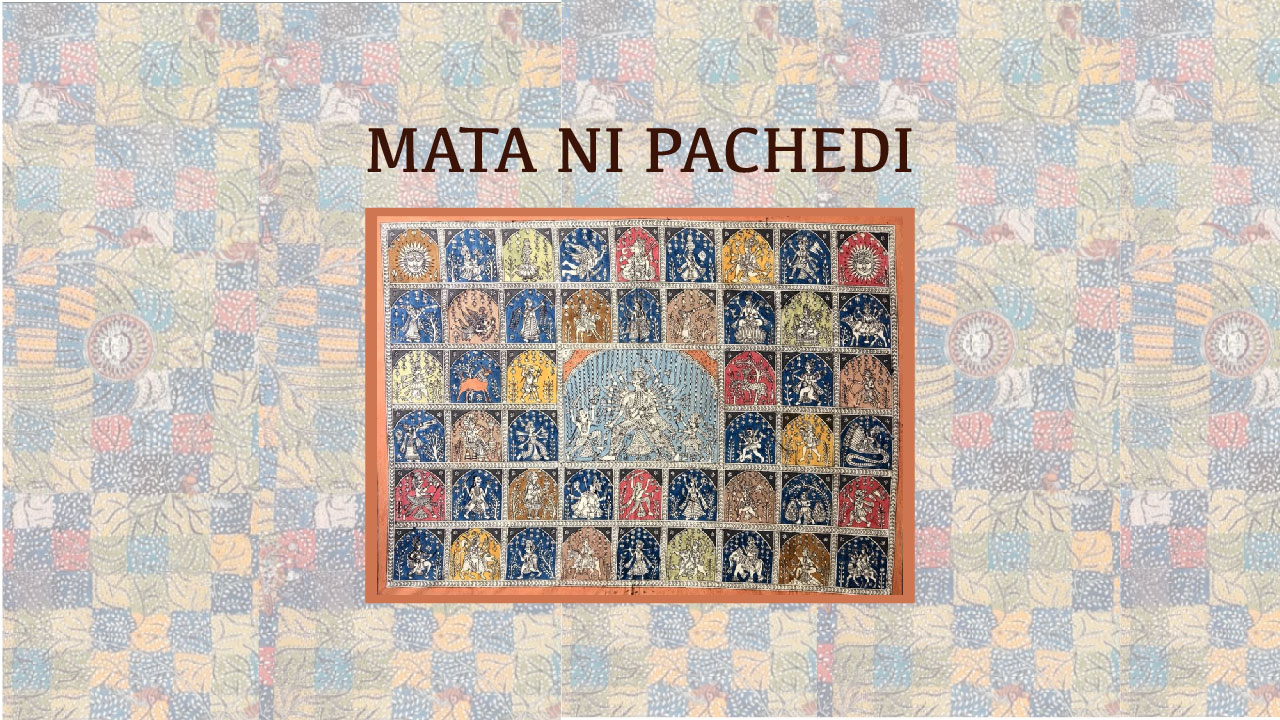 Coming from a lineage of ‘Mata Ni Pachedi’ paintings as early as 700 years old historic era, he started painting from the age of 8 with his father, Chitra Bhulabhai who received the Shilp Guru Award. Since 1990 he has conducted more than 270 workshops at various Schools all over India and England (Buckingham Palace). He has also been awarded many National Awards by the government of India.

He started the workshop by talking a little about the intrinsic form of art, Mata Ni Pachedi. He also introduced himself and his background. Next, on a white canvas, he started drawing the figure of the goddess. All 32 attendees listened attentively and drew along with him. He added details to the jewellery of the goddess and also the facial features. He also spoke about the origination of the art form and also the different types of “Astra” that can be drawn.

The curious attendees asked several questions about the primary colours used in this art form and also wanted to know more about the art form. Mr Chandrakant patiently explained and answered all their queries while adding more detail to the artwork. He then drew the ‘Vahan’ of the goddess and completed the artwork.

Towards the end of the workshop, all the attendees were loaded with a lot of knowledge about the Mata Ni Pachedi artform. They also gained hands-on experience from experienced artists. They completed their artworks and displayed them on the screen and Mr Chandrakanth gave his valuable feedback and tips to the attendees at the end.