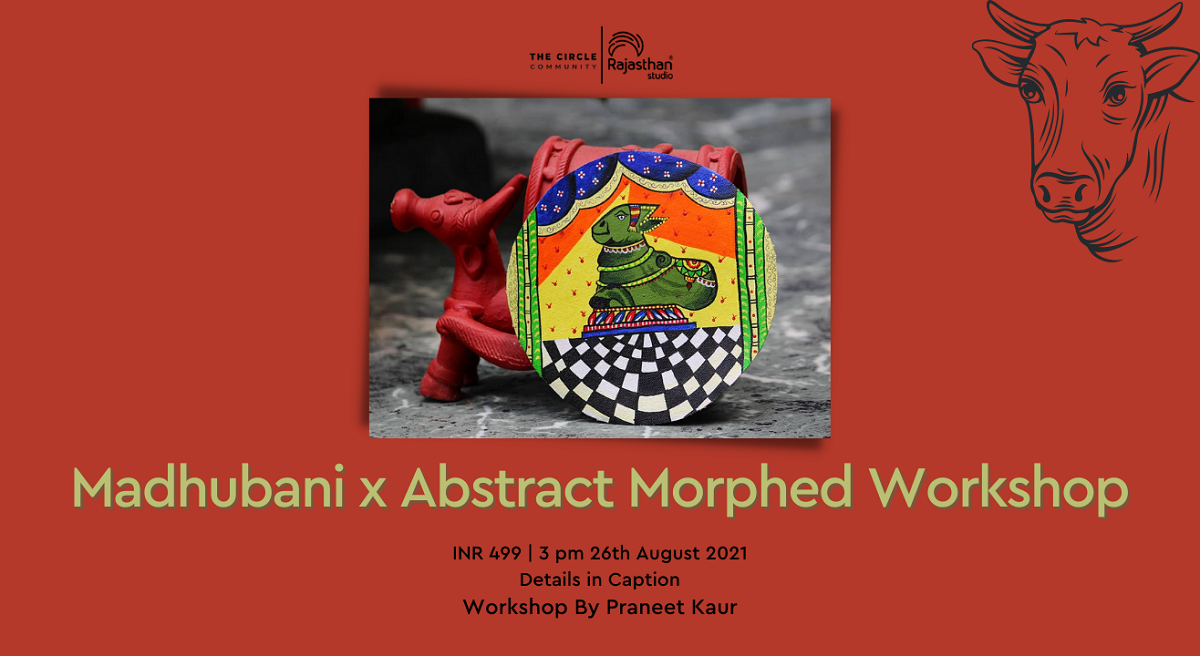 Madhubani painting also known as Mithila painting due to its origins in the Mithila region of India and Nepal, Madhubani is a traditional Indian folk art made on canvas, cloth or cow dung washed hand to paper. Natural dye and colours are used in the creation of Madhubani artworks with geometrical figures and vibrant colours being key elements. Commonly depicted subjects in Madhubani paintings are Ardhanarishvara (depicted as half male and half female which is believed to be a composite androgynous form of the Hindu God Shiva and his partner Parvati – a unison of supreme powers), Mythological characters (Ram, Sita, etc), Marriages, Festivals, Sun and Moon and many more. The Madhubani style of painting can be traced to the Madhubani district in Bihar, literally meaning ‘a forest of honey’, where women spent a lot of time making these paintings on the walls of their homes.

Praneet is an artist who loves painting and creating masterpieces since she was six years old. Traditional art strikes a chord with her.

Praneet greeted all the participants and thanked the host for the introduction. She first drew the portrait of a lady on the canvas and painted the background of the canvas in brown colour adding along with the yellow and red colour as triangles. She then continued to colour the hair in black colour and advised green colour for the colour of the costume. She explained warm tones and explained how they make the painting giving it a traditional look.

Praneet created a beautiful portrait of a woman decked up in a saree as she was painted in an ethnic look. All the participants appreciated her artform and showed their co-created Madhubani Abstract Morphed design. The host thanked Praneet for teaching this art form.

The attendees were from different parts of the country. Also, they belonged to different age groups but their love for art brought them together on a single platform. The Circle Community, as always, was successful in connecting artists and curating a magical and positive vibe together.