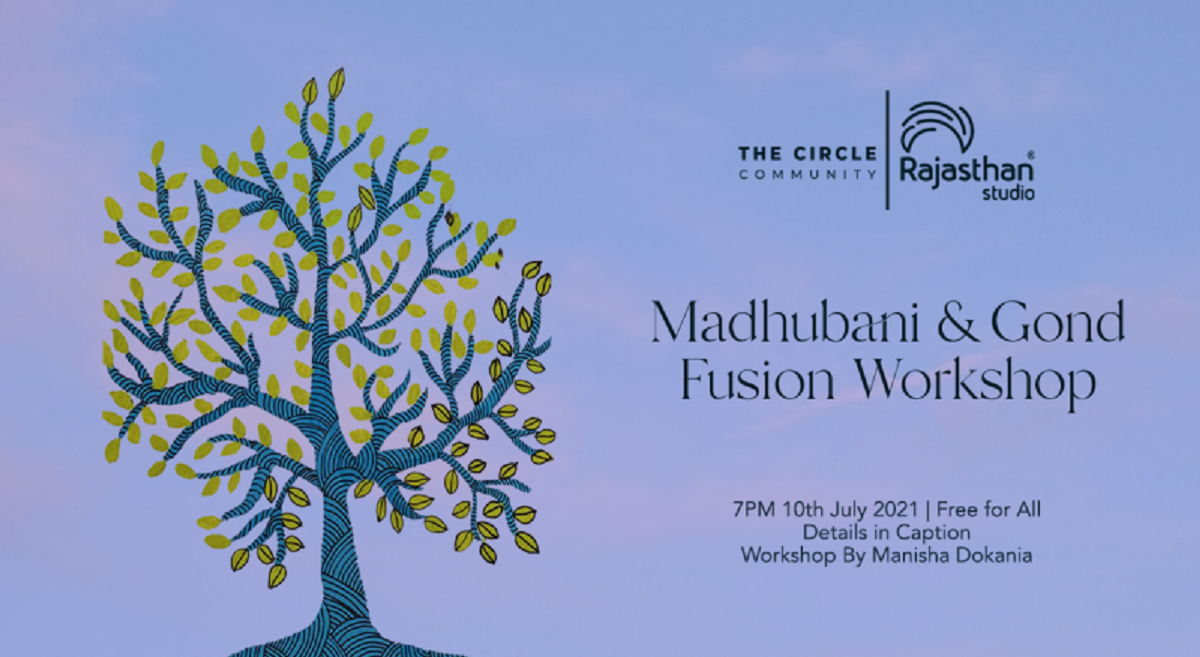 Gond means green mountain. Gond is the traditional art form of the Gond tribe who reside majorly in Chhattisgarh, Madhya Pradesh and Maharashtra. The women of the Gond tribe paint the walls and verandah with motifs of Gond art. The central theme of Gond art is valuing and worshipping Mother Nature. Rooftop curated Madhubani and Gond Fusion Workshop with Manisha Dokania.

Madhubani’s painting originated in Bihar in the Mithila region. In ancient times Mithila region bordered Bihar and parts of Nepal. Madhubani’s painting highlights the cultural themes with societal themes pertaining to religion, love and affection. The women paint it as a medium for decorating. Madhubani is also known as Mithila Painting as it is believed that King Janka asked the artist to decorate his kingdom when Sita was getting married to Lord Rama.

Manisha has always been fascinated by folk art. later on she developed her career in folk art in a few years. Each folk art tells a story with the essence of history and culture. Chitrakathii is an initiative developed by Manisha and her sister which aims to popularise and bring out the stories of Indian culture through traditional Indian art.

The workshop began with the artist greeting the attendees. She explained the significance of fish as a motif which was taught in the workshop. Manisha began drawing with a black marker pen. She also talked about other traditional Indian art forms like Santhal and Pattachitra are named after the region, while folk Indian art like Madhubani, Gond, Pichwai, Portal etc are traditional folk art. Likewise, she explained the local names of patterns in the motifs. Later she began painting blue in the fish making a flamboyant artwork. Manisha showed her vibrantly coloured, other paintings.

The session was creative and informative.

Towards the end of the Madhubani and Gond Fusion Workshop

The attendees were delighted to show their work which was perfectly co-created as taught. The attendees thanked the artists for not only teaching the art form but also imparting knowledge.

This was hands down another successful session that Rooftop made possible. Truly productive and informative.