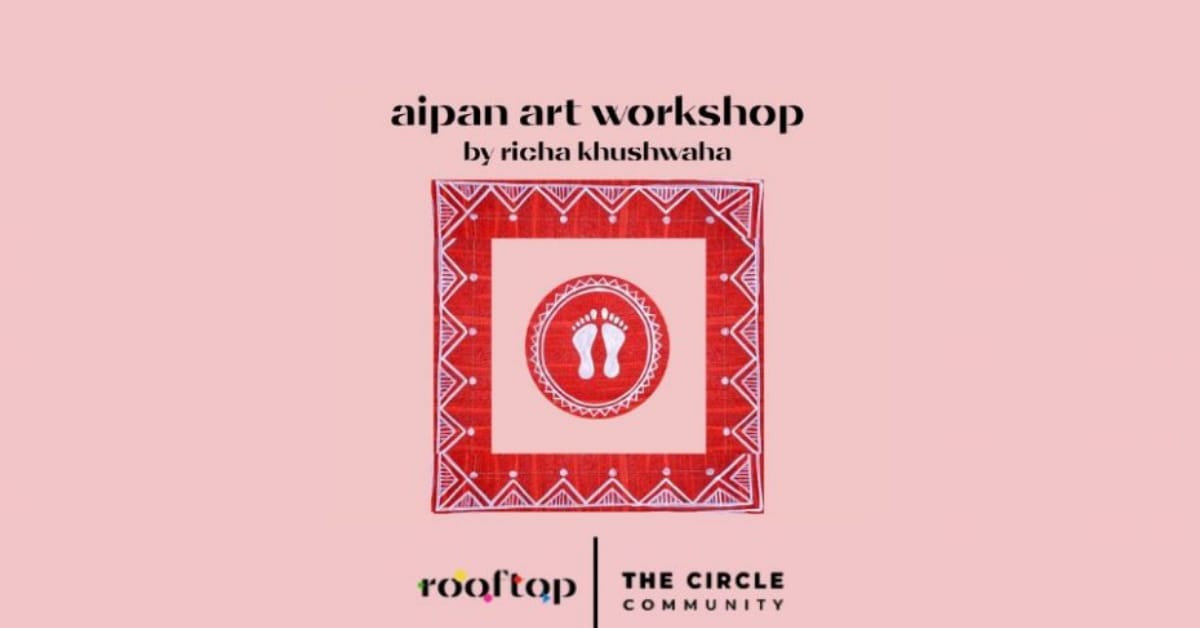 Aipan art is derived from the word ‘arpan’ which means dedication. The traditional art form is associated with fortune and fertility. Aipan is mainly done by women as they use it to create places of worship, entrances in the homes and front yard.

To educate people about this unique art form, The Rooftop Community brought together a Lakshmi Pada Aipan workshop with Richa Kushwaha.

Richa Kushwaha is a self-taught artist based in Bhopal. She conducts workshops and classes for folk art and tribal art. She also takes customized orders on DM and has done her post graduation in fine arts.

Richa began by introducing herself and explained about the art form and its origin. She also educated the participants on the various names by which the art is addressed in different parts of the country. She started drawing the sketch for Goddess Lakshmi’s footmark, made designs around it and began outlining them with white paint. She showed one of her creations sharing how the design is similar. The only striking difference was in the design and pattern for the feet of Goddess Lakshmi. The artwork beautifully showed our heritage and the rich Indian culture.

All the attendees showed their Aipan art to Richa. She appreciated all the participants. The host thanked Richa for conducting the workshop and sharing her knowledge about Lakshmi Pada Aipan.