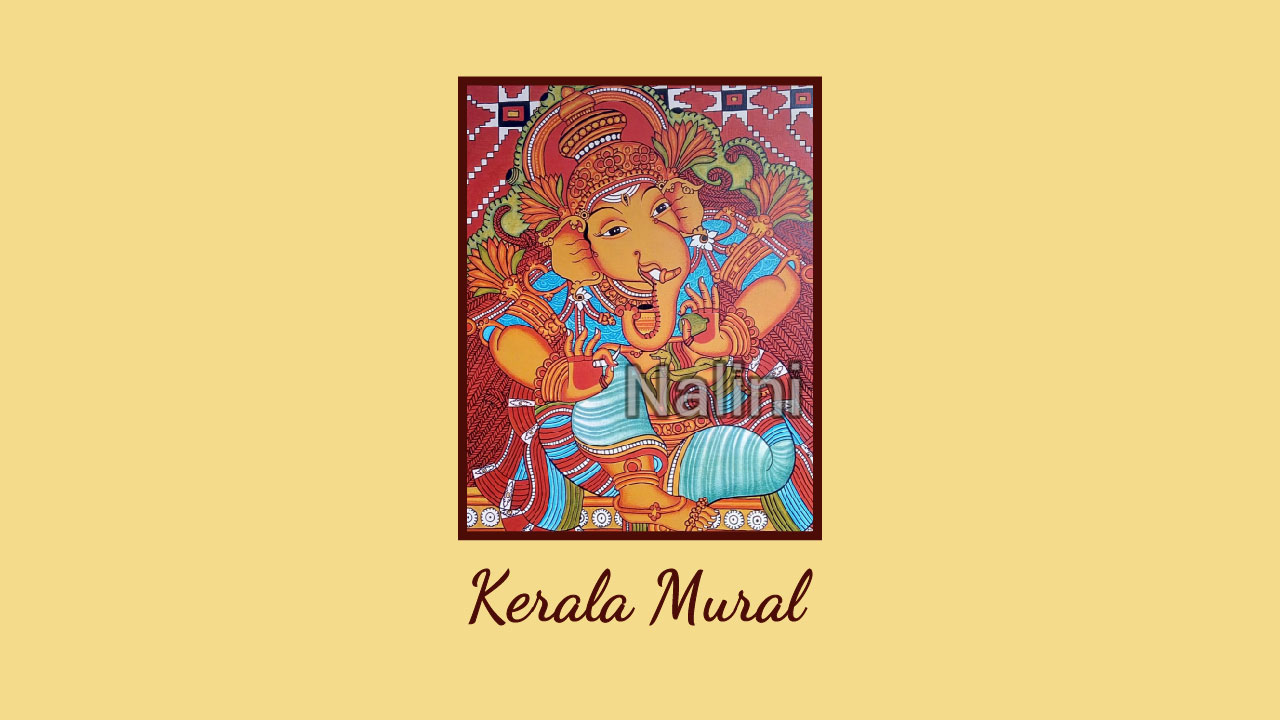 Nalini started the workshop with an introduction to Kerala Murals. She gave a glimpse of the variations in Mural Painting from ancient times to present times. The murals originally painted on temple walls showed devotion toward God. Unlike today’s time, these are painted on canvas or paper. Additionally, she also explains how ancient people used vegetable colours and minerals to paint murals albeit we could use acrylic colours.

Nalini throughout the session gave a detailed procedure with care to detail about the Kerala Mural Painting. She even answered the doubts of the inquisitive attendees.

Kerala Mural Painting is an extensive form of painting that even requires 10 days to complete on a bigger scale. On this note at the end, Nalini gave an overview of various shading techniques be it line shading or dot shading. She also provided the attendees with the outlining procedure of the painting.

A signing-off pro tip from Nalini: Always use a water-based distemper before tracing your painting on canvas or paper.

The attendees were from different parts of the country. They belonged to other age groups but their love for art brought them together on a single platform. Rooftop ways were successful in connecting artists and curating a magical and positive vibe together.