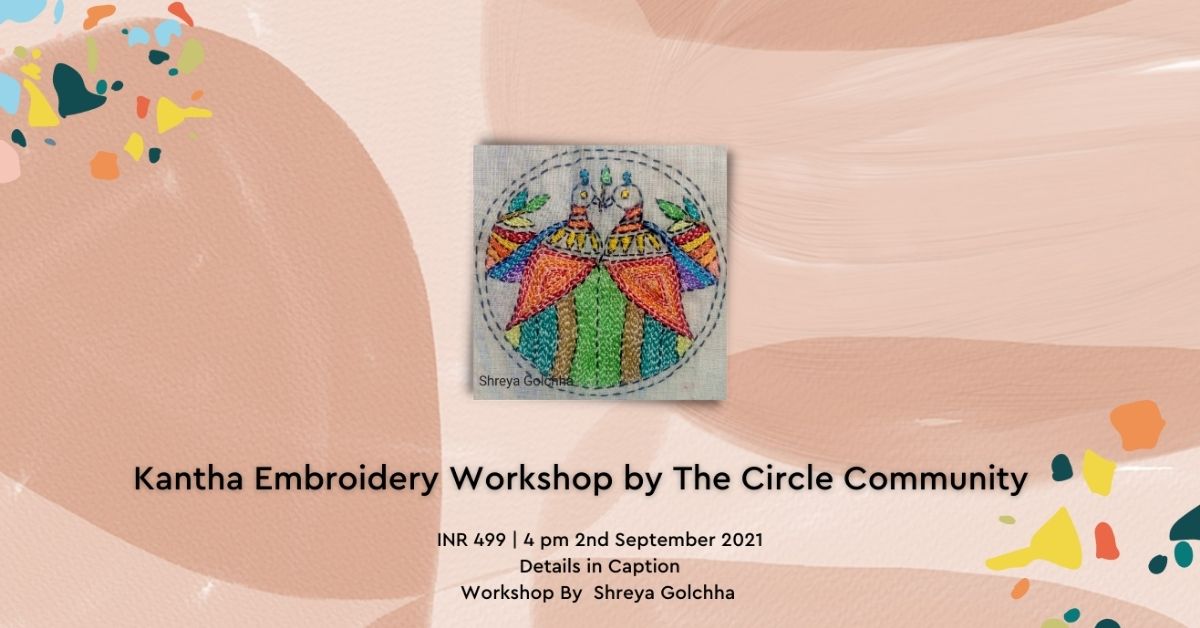 Kantha work is approximately 500 years old, and there is a story that Lord Buddha and his disciples used old rags with different kinds of patchwork to cover themselves with at night, and this gave the Kantha embroidery its origin. Traditionally women would take 4 to 5 sarees, layer them together and create different running stitches on them which they then used as blankets to cover their children with. Kantha, a popular style of embroidery that comes from West Bengal, is a significant symbol that displays the skill and talent of the rural women in Bengal. Kantha, which means ‘throat’, is associated with Lord Shiva. The story revolves around how Lord Shiva consumed poison while stirring up the ocean, and therefore the importance of the word Kantha goes all the way back to the Vedic times.

Shreya is a fashion designer and creates fashion illustrations. She is into printmaking, pattern making and sewing.

On this note, here’s us signing off until next time!
Also, for more information on upcoming Circle Experiences, follow us on Instagram.