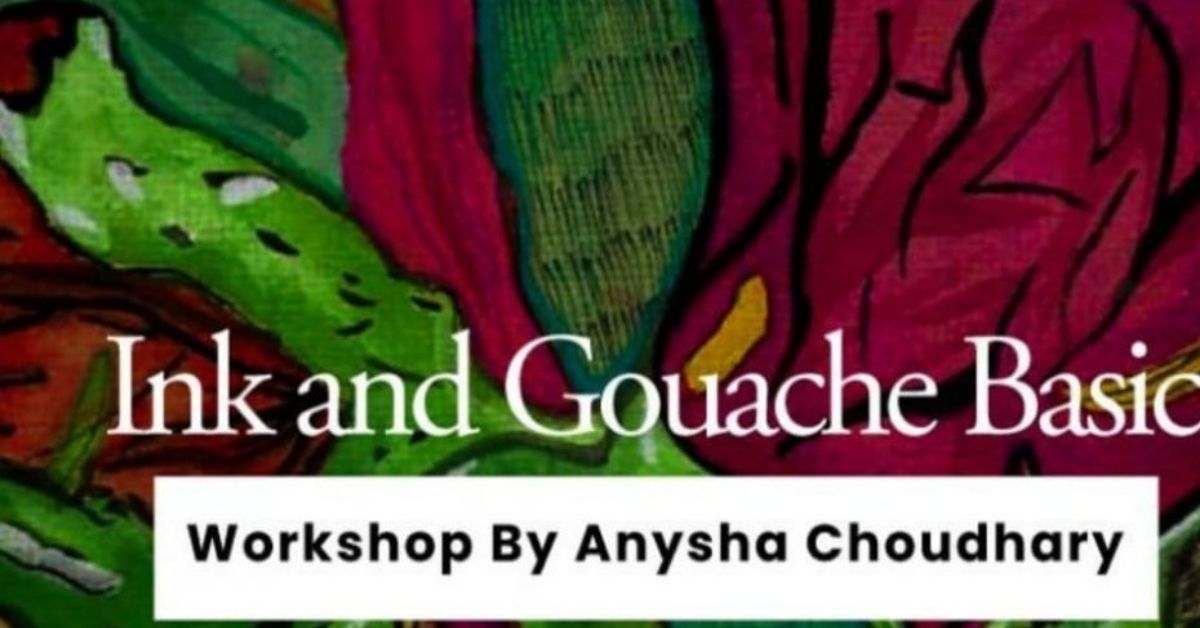 One of the most recently prominent mediums of painting is Gouache. It is known for its versatility and for having the textures of both watercolour and acrylics. By using gouache paints on a sketch, the artwork becomes more prominent. To learn more about the mechanism of this style, The Circle Community conducted a workshop with Anysha Choudhary.

Anysha is an academician who has recently graduated from Mumbai University. Alongside her academics, art has been a constant in her life that helps her deal with stress and maintain a balance. Her art genes come from her mother and to learn more she studied art in Army Public School where she was guided by her mentors. Most recently, she began exploring sculptures and she believes that the key to being an artist is to be patient with oneself.

As gouache was a fairly new concept to many, Anysha discussed some of its technical aspects. She instructed the attendees to use paper sheets that didn’t absorb water quickly and to layer the boundaries of the sheet with tape. Her idea for illustration was abstract and freehand. She drew a portrait-like structure and patterns encircling it.

After drawing a raw sketch, she moved on to paint the figures with gouache. She used bright shades for the portrait and a gradient effect on the background, which appeared vivid. She tried to use a variety of colours throughout the artwork. In the end, she created a painting with a rather symbolic concept.

Everyone was interested to learn more about this medium of art. Anysha displayed some of her previous works for them to get a basic idea about the limitless possibilities of using gouache.