The art world encompasses a wide range of visual, auditory, and performed works. It expresses the author’s creativity or technical skill while being appreciated for their beauty or emotional impact. Throughout this blog, we will explore the Satavahana dynasty and its related information. Satavahana carving are unique because they share characteristics with Nagarjunakonda carvings. At Nagarjunakonda, it appears that Amaravati sculptural tradition continues. The Buddhist theme dominates all artistic creations here as well. There have been carvings in stone depicting episodes from Gautama Buddha’s life.

Who Founded The Satavahana Dynasty?

The Puranas state that their first king overthrew the Kanva dynasty. The origin of the dynasty is uncertain. Satavahanas resisted foreign invasions in the Deccan region after the Maurya era. A long period was spent fighting with the Saka Western Satraps in particular. Vasisthiputra Pulamavi and Gautamiputra Satakarni led the dynasty to its zenith. By the early 3rd century CE, the kingdom had disintegrated into smaller states.

The Satavahana sculptures, according to Madhukar Keshav Dhavalikar, have never been acknowledged as an independent school in spite of their distinctive characteristics. In the Satavahana dominion around 200BC, sculptural art began in the Bhaja Vihara cave. There are countless carvings, and even pillars are topped with mythical animals shaped like sphinxes.

The Indian Art culture plays a crucial part in paintings of the Satavahana dynasty. It is found only at the Ajanta Caves, and are the earliest surviving paintings in India, other than prehistoric rock art. The first phase of Ajanta’s artistic activity occurred during Satavahana rule in the 2nd and 1st centuries BC, and the second occurred under the Vakatakas in the second half of the 5th century. Ajanta Caves have suffered heavy damage due to natural forces and vandalism. In Caves Nos. 9 and 10, both chaitya-grihas with stupas, there are only a few fragments of material related to the Satavahanas.

Satavahana period architecture is represented by the sculptures of the Amaravati Stupa. Buddhist stupas (95 feet high) are found in Amravati. A number of stupas were also constructed at Goli, Jaggiahpeta, Gantasala, Amravati Bhattiprolu, and Shri Parvatam. Approximately half of the Ajanta paintings are found in caves IX and X, which were patronised by Satavahana. Stone was used to replace bricks and woodwork on Ashokan Stupas. Among these monuments, the Amravati Stupa and the Nagarjunakonda Stupa are the most famous.

The Satavahanas may have created several metal figurines. Bramhapuri also yielded several bronze objects of unusual design. In addition to Indian items, many of the articles from is influenced by Roman and Italian cultures. A plaque depicting Perseus and Andromeda, a wine jug, and a small statue of Poseidon are also found in the house. The Ashmolean Museum’s elephant, the British Museum’s Yaksi image, and the cornucopia at Chhatrapati Shivaji Maharaj Vastu Sangrahalaya’s Posheri Museum can also be attributed to the Satavahana period.

The Different Motifs and Symbols Of The Satavahana

As well as being the earliest and longest ruling dynasty of Ancient India, Satavahanas ruled from the 1st century BC to the 3rd century AD. A stable Satavahana era led to economic and social development in Deccan and beyond. Among the ancient Indian historical studies, the study of their history has significant importance. On Satavahana coins, there are no fewer than 15 different symbols. It is not clear what they mean, but scholars have identified three major thought processes.

In today’s world, historical sites we visit at some point in our life bear a resemblance to Satavahana carvings and remind us of them. According to everyone’s perception, the Satavahana dynasty was the most admirable. After reading this blog, we gained adequate knowledge about the Satavahana dynasty and it helps to get a sense of what it was like.

To know more about Indian art forms, join us on Instagram @rooftop_app for all the latest updates and download the Rooftop app available for both iOS and Android devices. 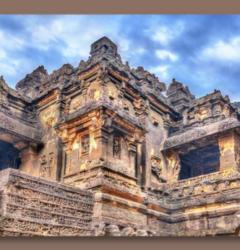 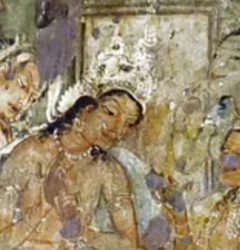