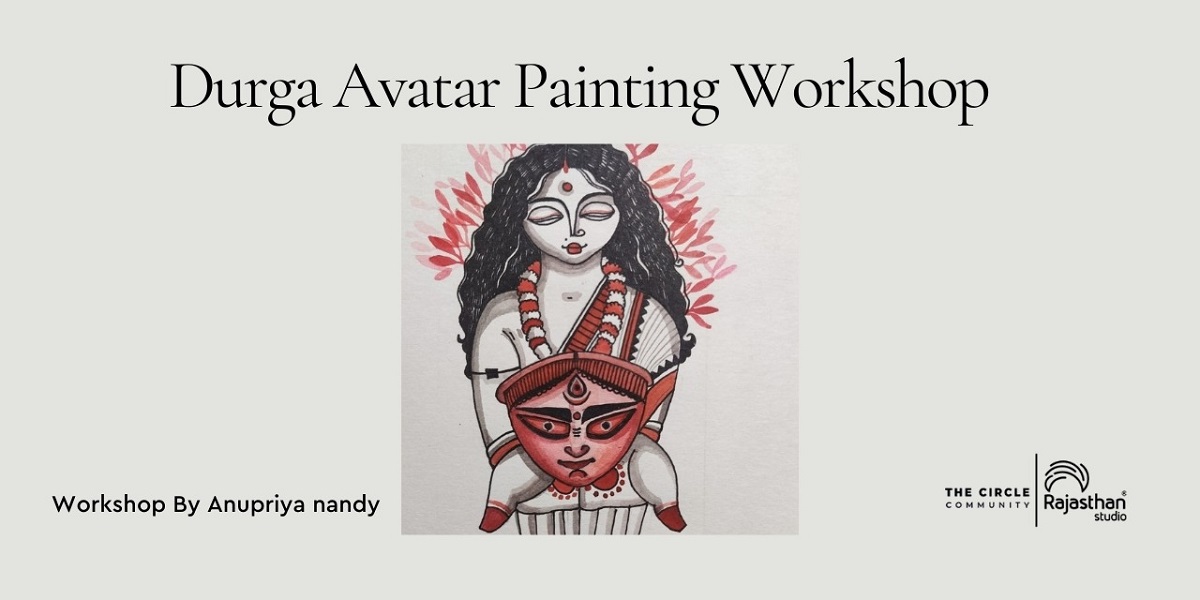 According to mythological legend Durga was created for the slaying of the buffalo demon Mahishasura by Brahma, Vishnu, Shiva, and the other gods, who were powerless to overcome him. Embodying their collective energy (shakti), she is both derivative from the male divinities and the true source of their inner power. She is also greater than any of them. Born fully grown and beautiful, Durga presents a fierce menacing form to her enemies. Rooftop brings you an interactive Durga Avatar painting workshop with Anupriya Nandy.

She is usually depicted riding a lion and with 8 or 10 arms, each holding the special weapon of one of the gods, who gave them to her for her battle against the buffalo demon.

Anupriya is from Kolkata and is a college student and is student of applied arts.

Anupriya greeted all the participants and thanked the host for the introduction. She started the workshop by sketching the portrait of the goddess on her canvas. She then painted the sketch in shades of red. Anupriya continued to paint the goddess’s bindi and lips. She also painted the head of the demon in a shade of red. After that, she used shades of black and grey to add finishing touches to the figure’s hair and the remaining sketch.

Anupriya made a beautiful Durga Avtar painting in shades of red and black colour. It looked divine, artistic and aesthetically beautiful. All the participants appreciated and showed their co-created Durga Avtar paintings to Anupriya. The host thanked Anupriya for teaching this art form.

The attendees were from different parts of the country. They also belonged to different age groups but their love for art brought them together on a single platform.