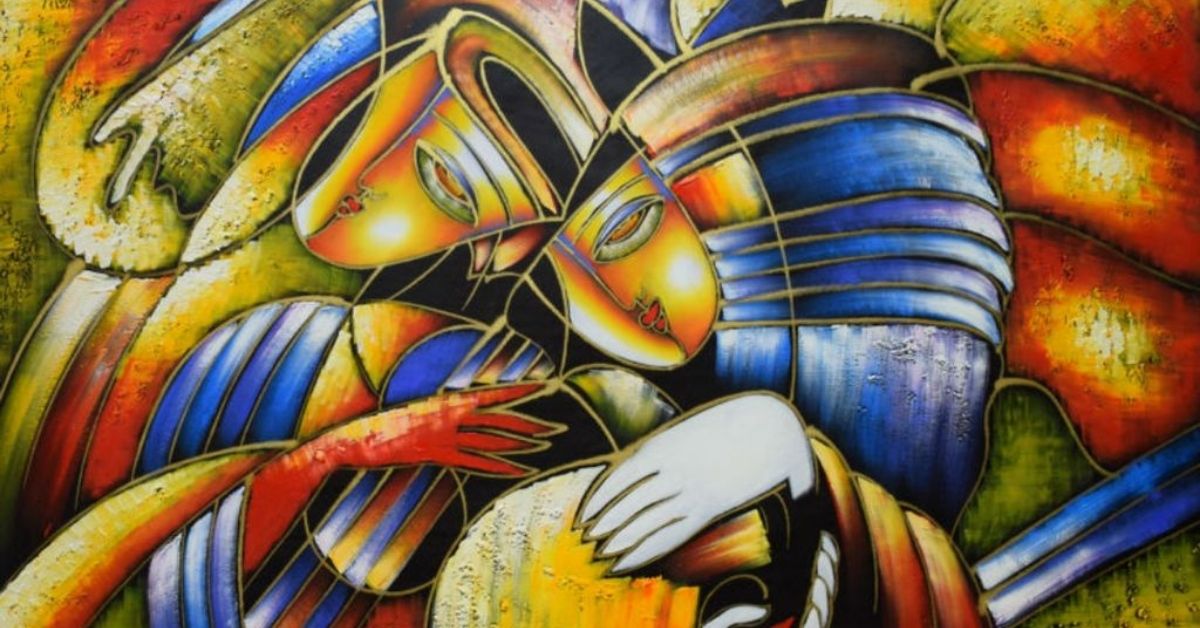 India is a country blessed with a rich cultural heritage. One can find numerous art forms. Whether it is tribal, folk, religious or rural art forms, it has now gained popularity. Modern and traditional arts are the two styles of paintings that are popular among artists and art lovers. Traditional Indian art paintings has mythological and history due to the cultural aspect behind the artworks. Hence, Warli art, Gond art, Madhubani art, Tanjore Paintings, Phad paintings, Pichvai, Kalighat and Kalamkari are some of the famous traditional Indian art styles.

Modern Art refers to all art produced from the 1860s to the 1970s, which consists of many distinct artistic styles. It was a time when artists rejected traditional practices to create art that was changing and becoming ‘modern’. The art forms that were produced from the 1860s to the 1970s are known as Modern Art due to their distinct art forms. The Modern Art movement in India began in the early 1900s.

Indian folk arts are culturally based art forms that have been passed down through generations for more than 3000 years. These traditional art forms include music, dancing, puppetry, and storytelling. Traditional Indian Folk art is a term that refers to the artwork of people who are not professional artists and painters.  Nevertheless, Indian Art and Culture has always been a melting pot of cultures and traditions. Each region has its distinctive style.

Warli painting is done by the warli tribe and has been practised for over 2500 years. The circular patterns represent their belief that death is just another start. The central motif of a Warli painting is their Mother Goddess, Palghat, which is the symbol of fertility.

Madhubani Art is one of the most popular traditional art forms found in India. In fact, it originated in the district of Madhubani in the Mithila district. These geometrical patterns symbolize commitment, love, vitality, peace, and prosperity.

Pattachitra is a common term for contemporary, cloth-based scroll painting based in the East Indian states of Odisha and West Bengal. It is a painting done on canvas, illustrated by the affluent colourful display, imaginative motifs, and designs.

Tanjore or Thanjavur paintings originated in 1600 AD. However, they were vastly encouraged by the Nayakas of Thanjavur in Tamil Nadu. The themes of Tanjore paintings are mostly Hindu Gods, Goddesses, and saints. It’s easy to recognize a Thanjavur painting visually due to its use of gold foil, which glitters and gives the painting a surreal look.

Silver Car Crash (Double Disaster) depicts a body twisted in the mangled interior of a silver car. It was printed by Andy Warhol at the age of 35. The serigraph is 8 by 13 feet (2.4 by 4.0 m) in dimensions, and it was displayed just once in public during the last 26 years. This painting was part of his Death and Disaster series.

The Eight Elvises is an example of the photo effect utilized by Warhol. This painting, measuring 12 feet in height, is awash in silver, a favourite Warhol colour technique. In fact, Elvis is dressed in cowboy garb. He faces viewers with a gun pointing toward them, drawn from the holster around his waist.

Henri-Émile-Benoît Matisse was a French artist, known for both his use of colour and his fluid and original draughtsmanship. Matisse underwent surgery for abdominal cancer that left him as a  chair and bedridden patient. Painting and sculpture had become physical challenges, he created a new type of medium of art. With the help of his assistants, he began creating cut paper collages, popularly known as decoupage.

Moreover, The Matisse-Esque artwork print will give any interior a more modern and contemporary look. Taiwanese artist Dailing Su shows some resemblance to Picasso’s Guernica with earth Chaos. That is in a unique graphic style that comes close to emotions of hardship and complexity.

While traditional art is all about staying connected to our culture and history, in form and practice they are quite different from modern art. In fact, Modern art is a medium of popular culture or social issues of their time period.

If you love creating such art forms, try your hands at these art workshops on the Rooftop app. Download the app and register yourself now.