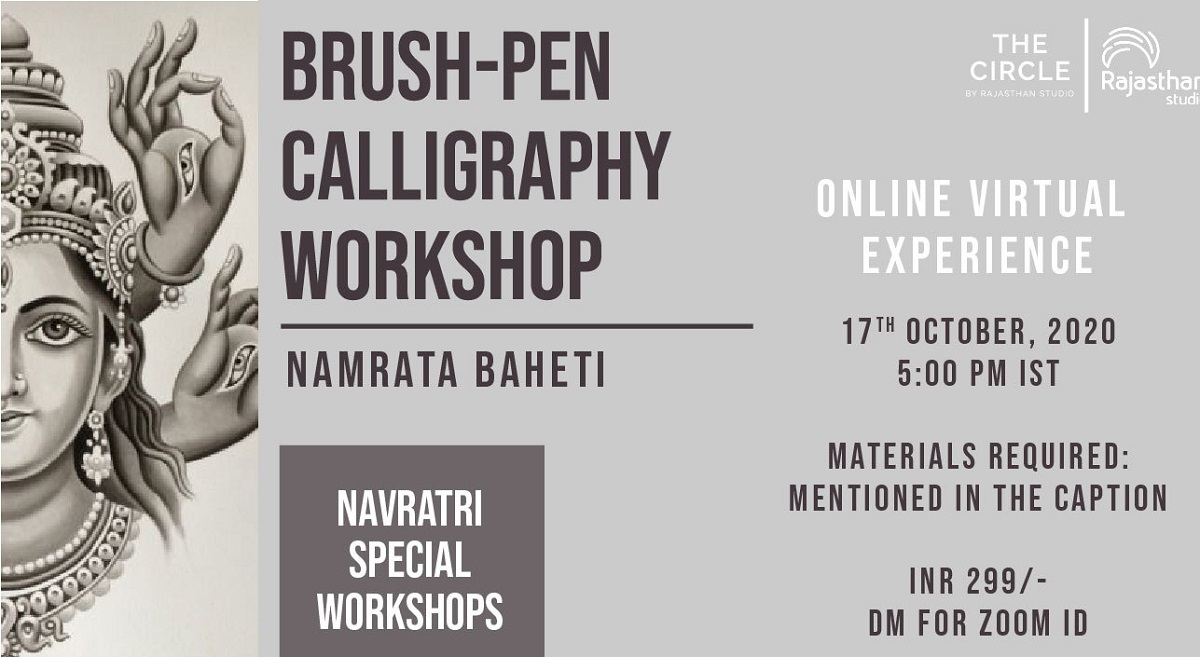 Brushpen Calligraphy with Namrata Baheti was a successful workshop conducted by Rooftop community.

Namrata is a lettering artist and calligraphy artist and designer and is based out of Jaipur.

Namrata created a wonderful and artistic piece of artistic words with calligraphy. All the participants appreciated her calligraphy art and shared their co-created arts with Namrata. The host thanked