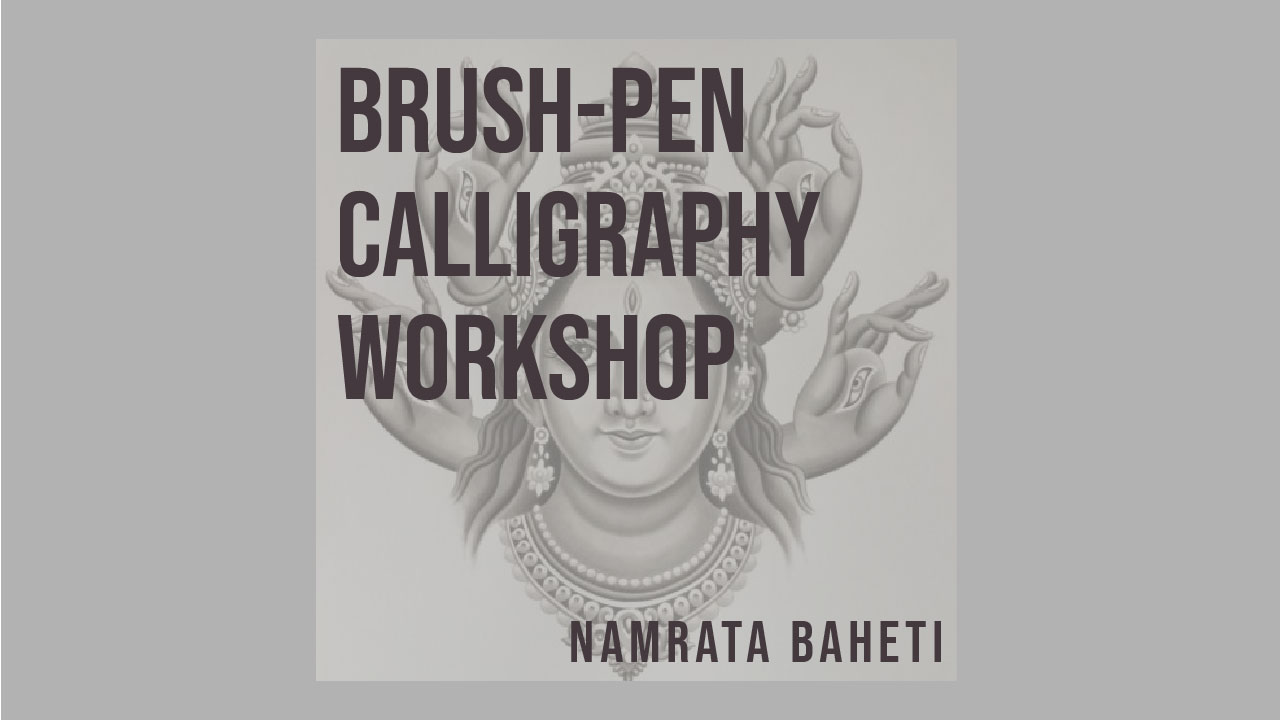 She is self-taught calligraphy as well as lettering artist based out of Jaipur.  She has worked for the Government of Rajasthan as a commissioned artist. Namrata practises various styles and scripts like The Copperplate to Brush Pen, Broad Edge, Modern Calligraphy as well as Devanagari.

Namrata began the experience by briefing about the types of brush pens and also suggested a few brands that are most suitable for beginners. Since Calligraphy needs a lot of patience and practice, she suggested using a grid sheet for the 30 participants. Then, she explained and demonstrated the different kinds of strokes – ascending, descending, overturn, oval and many more to help the attendees learn the basics of calligraphy.  All the participants took notes and practised along with Namrata. Namrata added,

The most important rule is that two thick strokes cannot intersect

The curious attendees bombarded Namrata with several questions about calligraphy and also the kind of brush pens most suitable. Very patiently she answered all the questions and slowly demonstrated the strokes used in capital letters as well. Then she also showed the ‘Squaring bottom stroke’ and the ‘Bouncy Letters’ at the request of some of the participants.

At the end of the workshop, the enthusiastic participants displayed their work on camera and received Namrata’s expert comments and suggestions. Namrata motivated all the attendees to keep practising to master the art of calligraphy.

The Rooftop Community as always was successful in connecting artists and curating a magical and positive vibe together.