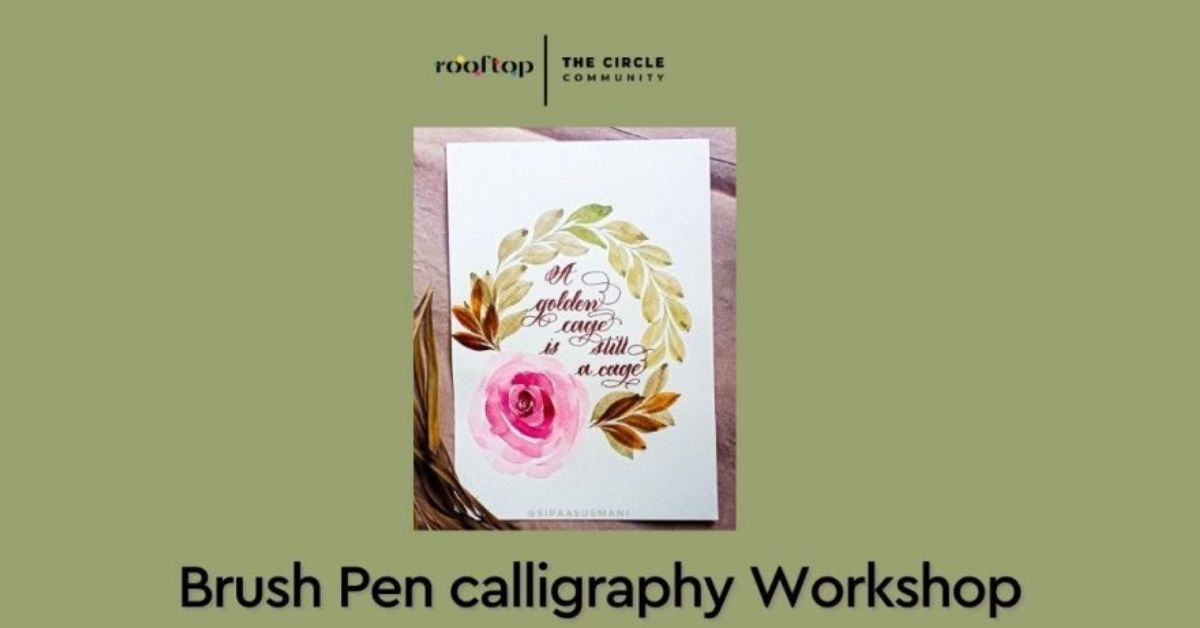 Calligraphy is the art of handwriting. The effort of learning seems simple but requires time to perfect. The modern twist to this ancient art form is Brush Pen Calligraphy. Its style has become prominent for decorative writing. To learn more about this technique, Rooftop conducted a workshop with Sipaas Usmani.

Sipaas is a self-taught artist based out of Delhi. A year ago, she discovered her newfound love for calligraphy. Along with this, she also does watercolour florals which is her favourite style of artwork. Sipaas loves to explore new mediums and styles like acrylics, dot art, and clay crafts.

Initially, Sipaas discussed the technical aspects of brush pen calligraphy, including the nip of the pen, the preferred angle at which the pen should be held, and the pressure control method. She taught modern calligraphy by beginning with the basic strokes that would be combined later to form alphabets.

The groundwork of these strokes was such that the upstroke was drawn with minimal pressure and the downstroke constituted thick lines with maximum pressure. Other strokes included the under turn and overturn, and the most important one was the loops. She reminded the attendees to lift the pen before every stroke as they began writing alphabets. To have a fun session, Sipaas wrote the name of the attendees with a brush pen which had an ombre effect.

Everyone was amazed by the elegant and effortless calligraphy done by Sipaas. She supported the attendees and gave feedback each step of the way. Discussing wrist movement and demonstrating different styles of writing, she helped everyone polish their writing.

On this note, here’s us signing off until next time!
Still inquisitive about art? Join us on Instagram @rooftop_app for all the latest updates and download Rooftop app available for both iOS and Android devices. 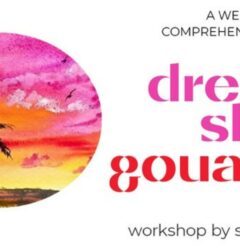 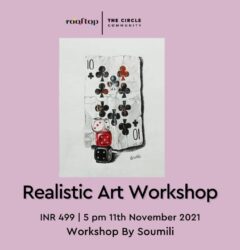