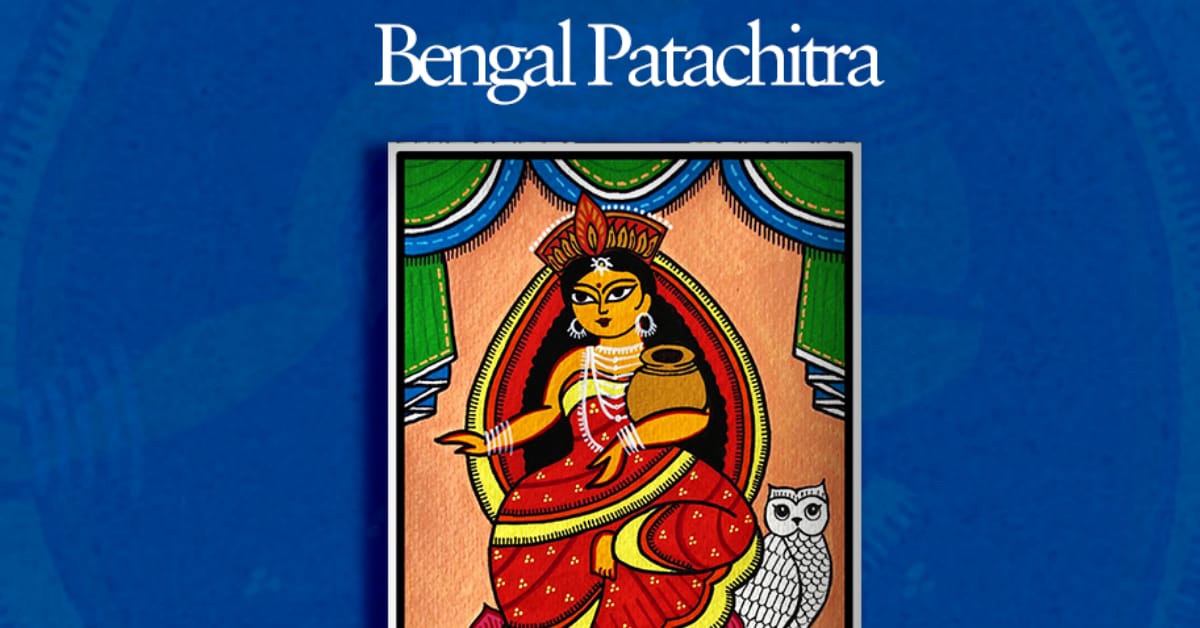 Patachitra is a well-recognised form of historic art. Pata translates to ‘cloth or fabric’, and Patachitra is known as the art of painting on clothes. As a folk art, it depicts many symbolic pieces of the past. Be it the daily life of the locals or the deities that they worship. To learn more about this genre of traditional art, The rooftop community conducted a workshop with Satyaki Chakrabarti.

Satyaki Chakrabarti is a software developer by profession and a self-taught artist by passion. His art journey started a couple of years ago as therapy to increase focus, but he fell in love with it. Thereon, he tried his hand at various art styles like doodling, zentangles, mandala, urban sketches and more. But he finds his calling in the rich Indian folk art forms like Patachitra, Karigar painting, and Rajasthani miniature.

Prior to beginning the painting session, Satyaki gave a brief introduction of Patachitra. He believes that the diverse and colourful culture of India has contributed a lot to this rich and elegant folk art. He aspires to reach out to other art lovers to give birth to this art that is dying a slow death. For the session, he planned to create a charming woman wearing a sari and sitting down with her legs folded. He began drawing a sketch as he talked about the history of Patachitra.

The woman drawn had dreamy eyes and a faint smile and was delicately holding her pallu.

He went ahead with painting her skin in the warm golden shade and a white sari with mere red borders. An important fact that makes this art form stand out is that no black outline is used over the figures painted. Finally, he drew her jewellery with white shade as it is the typical trademark of Patachitra.

Satyaki discussed a number of distinct facts about the art and its origin. Together, the attendees observed, learnt and understood many small details about Patachitra. They were amazed by the uncomplicated yet elaborative painting made during the workshop.

Still inquisitive about this intricate art? Join us on Instagram @rooftop_app for all the latest updates and download Rooftop app available for both iOS and Android devices.