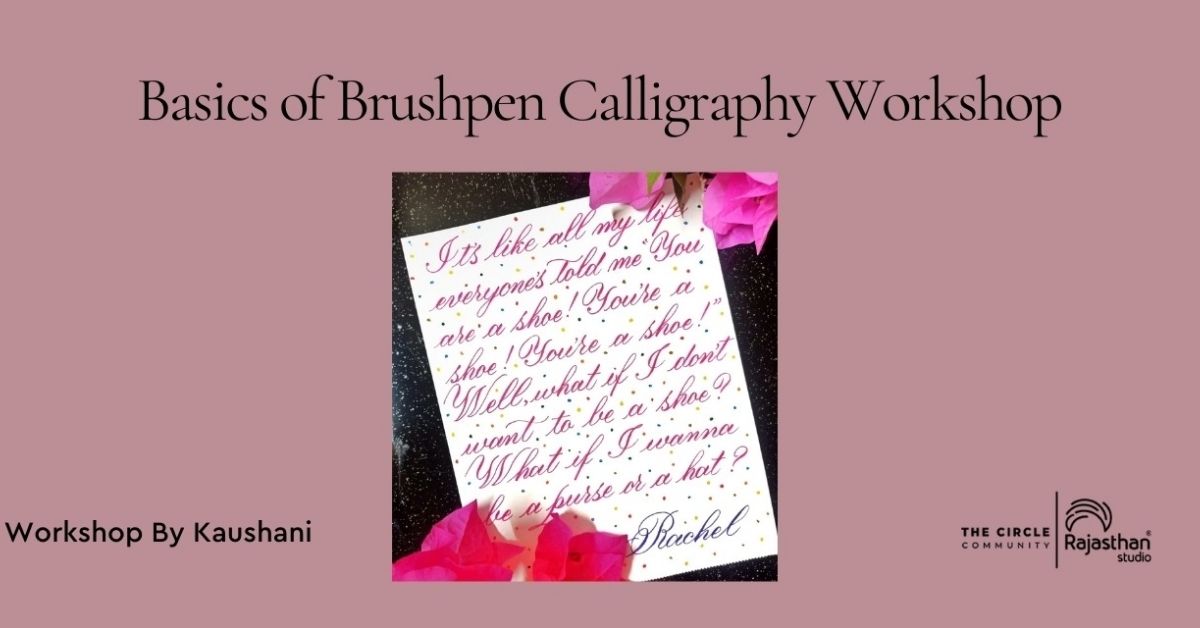 Brush pen calligraphy has become quite popular with the rise of video content on social media such as YouTube and Instagram. However, calligraphy is not a new art form. Its origin can be dated back to to 206 BCE – 220CE during the reign of the Shang dynasty. It became more prevalent during the rule of the Han dynasty.

After the Second World War, an avant-garde style of calligraphy was developed in Japan. In the 20th century, calligraphy was once again popularized in the Middle East due to de-colonization. With increasing difficulties due to the non-availability of ink and parts of fountain pen, there was a need for an easy-going and neat writing tool. A brush pen was the solution for this issue and since then has carried the legacy of calligraphy.

Rooftop organized a workshop on the basics of brush pen calligraphy with artist Kaushani Shah.

Kaushani is a Chartered Accountant residing in Ahmedabad, India. While working full-time as a CA, she also conducts calligraphy classes. She started her calligraphy journey in January. Kaushani uses Gothic calligraphy and has also learned copperplate calligraphy.

The workshop began with Kaushani introducing the basics of brush pen calligraphy. She started by explaining the three different types of brush pens- small tip, medium tip, and large tip. She then taught the attendees the best way to achieve perfect strokes. This entailed asking them to keep their hands perpendicular to the page or at a 45-degree angle while giving pressure to create thick strokes. Further, she created downstrokes and upstrokes with a pink pen. Kaushani also illustrated each alphabet one by one while taking the time to patiently explain the curves in various letters like the U and V.

Once she was done explaining the process of brush pen calligraphy, Kaushani showed her notebook which had previously practiced strokes. This gave the attendees a better idea of what their brush pen strokes should look like. Towards the end of the workshop, the participants, who were from various backgrounds, shared their calligraphy attempts with each other. This was yet another successful attempt by Rooftop to bring people who love art together on a single platform.