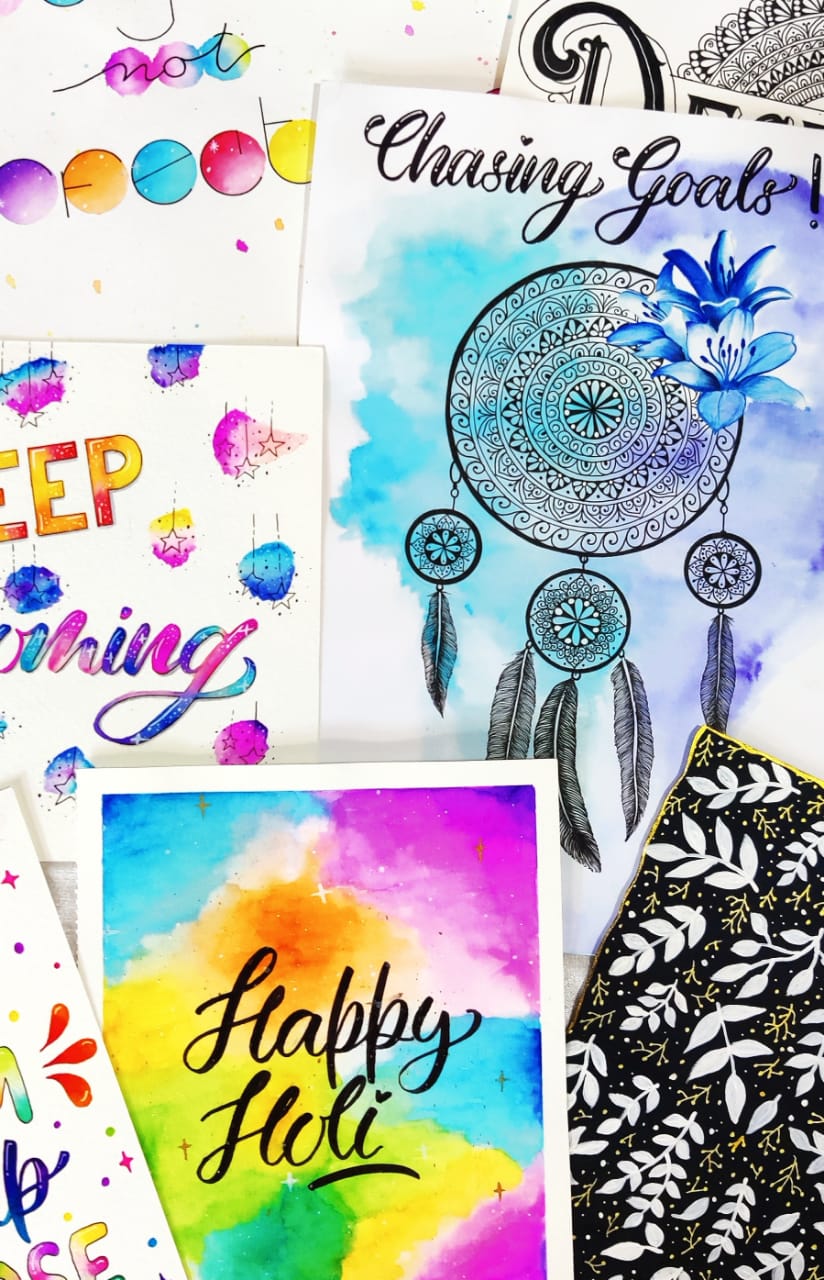 Brush calligraphy is a style of writing that is very similar to calligraphy. In this form of calligraphy, each alphabet requires a heavy pressure on downward strokes. The upper strokes require lighter pressure. The term “brush calligraphy” is an umbrella term for calligraphy that is created with a brush. It is also known as modern calligraphy. Rooftop conducted a workshop with Celeste Vennel to spread awareness about this unique art form.

Celeste Vennel is a dentist by profession and a calligraphy artist by passion. She began her creative journey in calligraphy after the pandemic hit in July 2020. Celeste came across a post on calligraphy during the pandemic and wanted to learn more about the beautiful art form. Ever since then, she has been practicing brush lettering. Vennel now conducts workshops and has started her own calligraphy academy.

The workshop began on an enthusiastic note. Celeste Vennel shared her knowledge about brush calligraphy and taught the attendees the art form in a simple and easy-to-learn manner. She introduced the participants to various different brush strokes. After which they experimented with different strokes to work on their calligraphy designs. Celeste taught the art form in an interesting way, keeping the participants focussed while they worked on their creations.

The attendees had a lovely time learning about calligraphy. This workshop was a great way to brush up their creative and artistic skills. Participants from various age groups happily showed their calligraphy skills and learned this craft form in such a short period. The participants were from different parts of India and also belonged to different age groups but their love and passion for art brought them together on a single platform. The host asked Celeste Vennel to pose for a group picture and concluded the artistic and fun workshop.